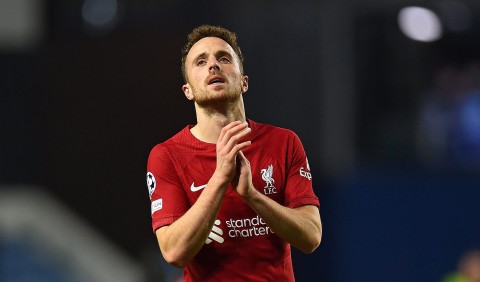 Liverpool head coach Jurgen Klopp has confirmed that Diogo Jota will miss the World Cup with Portugal due to a calf injury.

The 25-year-old was forced off in the closing stages of Liverpool’s 1-0 victory over Manchester City at Anfield on Sunday.


Jota was forced to leave the pitch on a stretcher and subsequent tests have confirmed that his calf injury will rule him out of Portugal’s World Cup campaign in Qatar, which starts next month.

‘Really not good news about Diogo, yes, he will miss the World Cup,’ Klopp said on Tuesday.

‘Pretty serious injury in the calf muscle. And now the recovery starts, all of the process starts, that’s it pretty much. That’s the first diagnosis which was pretty clear, all the rest will now follow in the next few days.

‘Very sad news for the boy, for us of course, for Portugal, for everybody.’


Asked if Jota needs an operation on his calf injury, Klopp replied: ‘No.’

When asked how long Jota will be sidelined, Klopp answered: ‘Big impact, so now we can say that because he will be out for a long time.

‘We’re talking about months, we will see. I don’t want to put a number on it because I always hope in the middle of the rehab all of a sudden there’s a positive development and we can cut days off the rehab phase. But it will be long.’


Asked how Jota is, Klopp said: ‘It’s Diogo and he’s surprisingly okay so far. Incredibly smart boy, very reflective, I think he knew it when we carried him off the pitch and we spoke to him for a second.

‘When I came out we passed each other after the game, I spoke to him there and he explained pretty much what happened, and I think in that moment he knew already it was a serious one and could be pretty impactful on his World Cup dreams.’

3 months ago
Cristiano Ronaldo’s sister has slammed Erik ten Hag for substituting the attacker in Manchester United’s 0-0 draw with Newcastle United on Sunday. The Potuguese star had a goal ruled out in the second half after he felt Fabian Schar had taken Newcastle’s free kick instead of giving the ball to […] 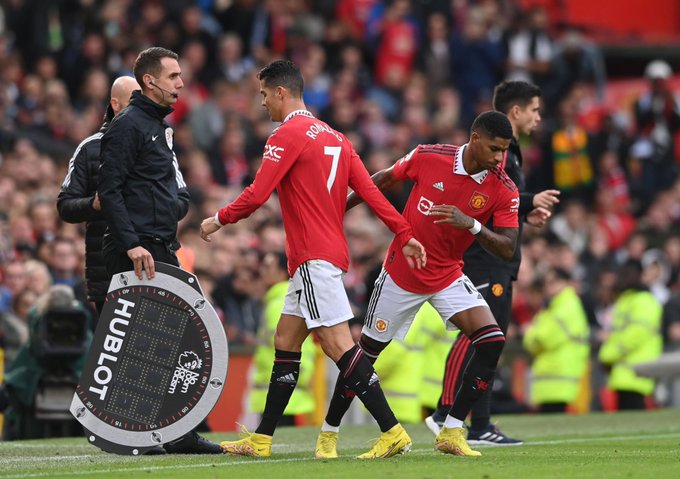