Liverpool are stepping up their pursuit of signing Borussia Dortmund’s Jude Bellingham, according to reports.

The 19-year-old is widely regarded as one of the best young talents in football and has already established himself in a senior role at Dortmund.

He will also likely play an important role for England at the World Cup in Qatar, which starts later this month.


The race is on to sign the teenager with clubs like Liverpool, Chelsea, Manchester City and Real Madrid all showing interest.

German publication Bild claim that Liverpool manager Jurgen Klopp has an agreement with owners Fenway Sports Group to go ‘all in’ for Bellingham.


It is reported that they have set aside up to £86million to sign the midfielder, but that might not prove enough.

Journalist Jan Aage Fjortoft also added: “One club is working very hard behind the scenes to make this deal happening.”

Various reports claim Dortmund have valued the England international at around £130m.

Any transfer deal for the player would likely surpass the Premier League record signing of £100m that Manchester City paid for Jack Grealish.


Liverpool’s problems in midfield have been well documented with the likes of Thiago, Jordan Henderson and James Milner all into their 30s, while Fabinho is already 29.

4 weeks ago
Gary Neville has predicted a new Premier League top-four as Manchester United climb up the table and Chelsea falter. Arsenal’s best ever start to a league season has seen them storm to the top of the table, two points above Manchester City. Rio Ferdinand names Arsenal’s ‘most important player’ this […] 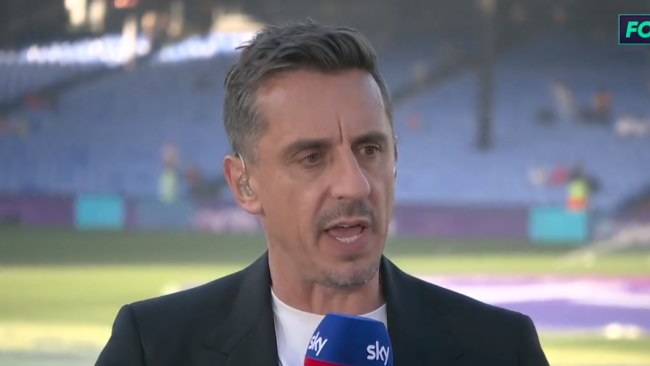