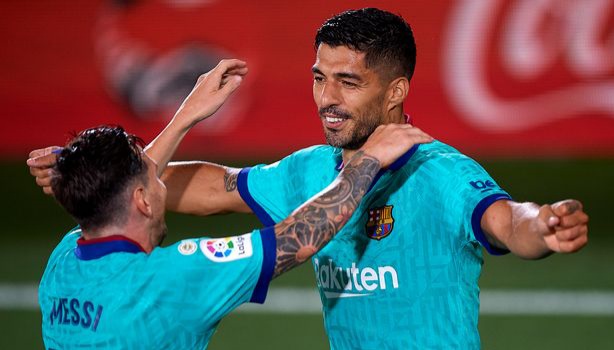 Barcelona forward Luis Suarez has rubbished claims his career prospects are tied to Lionel Messi as the duo’s future at the club looks uncertain.

After Ronald Koeman’s appointment as Barca’s new manager earlier this month, the former Liverpool star was reportedly told he no longer had a future at Camp Nou and will be sold this summer window.


Lionel Messi handed in a transfer request soon after, which prompted rumours that the treatment of Suarez triggered his decision after growing discontent with the club.

That led to Suarez’s former lawyer Alejandro Balbi saying that the player’s future would be tied to that of Messi, this shows the strong bond between both players which has developed since Suarez moved to Barca in 2014.

“Offers are already raining down on him from all sides,” Balbi told Superf Fútbol, quoted by TyC Sports. “He is an outstanding player and is more current than ever.

“I know little about the chance of that he goes to Manchester City, but everyone knows about the brotherhood he has with Leo. They are flesh and nail, they arrive together, they kick together, they have family gatherings together. They are compadres and they understand each other on and off the pitch.


“I think that for Lucho it will greatly influence where Lio goes to play. If he owned Manchester or Juve, he would be calling on both of them to count on them. It would be the great blow in world football in the last 20 years.”

However, Luis Suarez took to his Instagram Story to dismiss the claims, saying he can talk for himself.


Writing in Spanish, he said: “There are people speaking in my name or saying things about me, when I have not had a relationship (with them) for years. I speak when I have to speak for myself!!!”

The striker signed for Barcelona from Liverpool in the summer of 2014 in a £65m deal and has scored an outstanding 198 goals in 283 matches in his six campaigns at Camp Nou.

5 months ago
Chelsea legend John Terry has endorsed the blues’ deal for Thiago Silva after Frank Lampard signed the experienced defender on a free transfer. The 35-year-old joins Chelsea on a one-year deal, with the option of extending his stay at the club for another campaign. Thiago Silva spent almost a decade […] 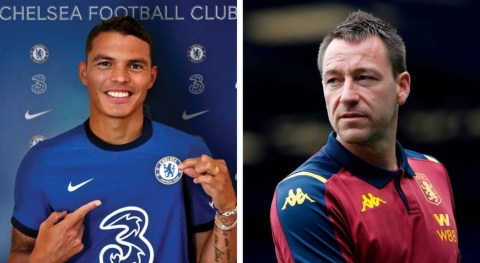