Khaldoon Al-Mubarak, the Manchester City chairman, has launched a defence of the club’s spending and slammed La Liga chief for his criticism of their business model.


But Al-Mubarak said it is “hypocritical” for the Spanish league to criticise how English clubs spend and called it a “clear attack” on the Premier League.

“He talks about how we distorted the market? There is a hypocrisy in this statement that is ironic,” Al-Mubarak told City TV in his end-of-season interview. “Number one, let’s look at the Spanish league, the time of breaking records on player acquisitions. I mean, who started that?

“And then you look back at transfers. In the top 10 transfers of all time, Manchester City has not a single player in that, not a single one.”

City are facing the threat of a ban from the Champions League after an investigation into an alleged £60m deception. Yves Leterme, the chairman of chief investigator of Uefa’s Club Financial Control Body, said this year that City will face “the heaviest punishment” if the allegations against the club were proven.

Al-Mubarak believes “quite comfortably” that City will be victorious, provided the process is “judged on facts”. He said: “Am I uncomfortable? No. I respect regulatory bodies doing their job and any regulatory process that asks questions. We have to professionally respond which is what we have done.

“We are dealing with each of these entities as per the process, we have clear answers. I believe, quite comfortably, if the process is going to be judged on facts then unquestionably we will prevail. If it’s not about facts and it’s about other things, then it is a different conversation.”

On Tebas’ claims linking the wealth of City and PSG, Al-Mubarak said: “I think there’s something deeply wrong in bringing ethnicity into the conversation. This is just ugly. I think the way he is combining teams because of ethnicity. I find that very disturbing to be honest.”

The City chairman believes there is a “certain level of jealousy” towards their success and insisted that attacks on his team should also be seen as attacks on the Premier League as a whole.

“Let’s not forget this is the best league in the world and if you look at this season, there is no better testament to this statement where the two European competitions, the Champions League and Europa League, the finals are being competed by English clubs.

“You have four Premier League teams in the two European finals and that’s a fact and that bothers a lot of people in many places.

“I will not accept for this club to be used as a diversionary tactic on poor investment decisions from other clubs. People make decisions, they’ve got to live by them. We’ve managed ourselves well and we will be judged by facts and facts alone.”

Mon May 27 , 2019
French giants Paris Saint-Germain experienced one of the most tense and controversial moments of their modern period in 2017 as Neymar and Edinson Cavani publicly argued over a penalty kick on the pitch. It came in a game against Olympique Lyonnais as both aforementioned players were interested in taking the penalty. “[Unai] Emery was to blame for that moment, […] 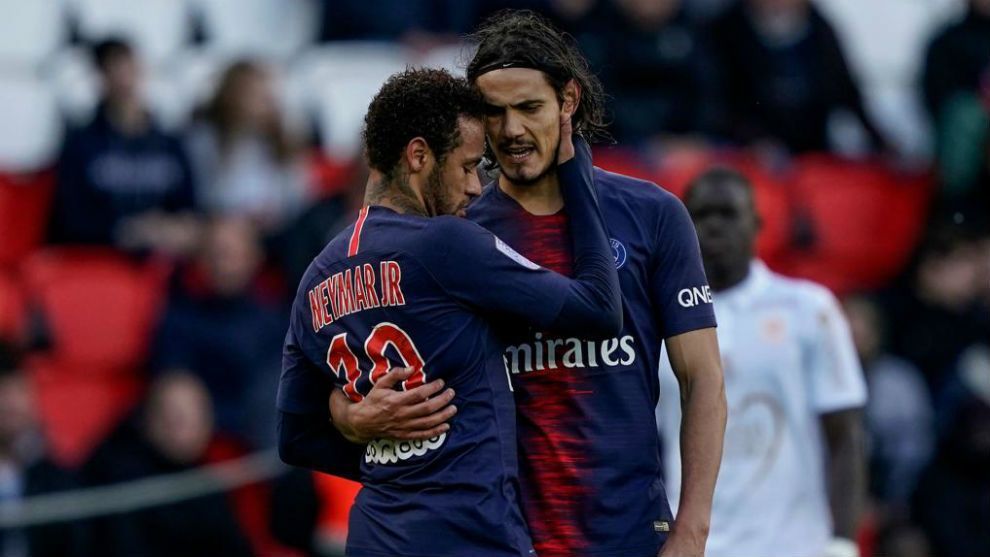