Manchester United will give Ole Gunnar Solskjaer the job on a permanent basis if he manages to dump PSG out of the Champions League.

The new Red Devils head coach has had an amazing start to his reign at Old Trafford, winning eight and drawing one of his nine matches in charge.


Solskjaer has turned the mood around at the club, steering them back into the top four challenge after Jose Mourinho’s calamitous run.

The Norwegian suffered his first blip in charge on Tuesday, after a 2-2 home draw against Premier League strugglers Burnley.

But even that impressed members of the board, coming back with two late goals to claim a draw after being 0-2 down with five minutes left in the game.

It is understood that United chief Ed Woodward held talks with the new head coach last week at the club’s Carrington training complex.


And the majority of the United squad and members of the backroom staff believe Solskjaer will land the job on a permanent basis if they get past PSG in February.

An Old Trafford source said: “Woodward spent around half an hour with Ole at Carrington in the middle of last week.

“He was passing on his thanks from the board and seeing if he needed anything.

“There was a little appraisal of the squad and mood.

“There was no assurances of a permanent offer as of yet.

“Woodward is fully in Ole’s corner but the Glazers have the final say.

“He pushed for Jose, so has some making up to do. The consensus around the training ground is Ole will get the job though with a positive result against PSG.”


Solskjaer has turned United’s fortunes around so much, five first-team stars are now set to sign new long-term deal.

Gary Cahill snubbed exit because he thinks Sarri will get sacked

Sat Feb 2 , 2019
Chelsea defender Gary Cahill might have snubbed Fulham because he believes Maurizio Sarri is on thin ice. That’s according to former Premier League defender Stephen Warnock who says the veteran defender is playing the long game. Cahill was widely expected to move to Fulham during the January transfer window, Howevera […] 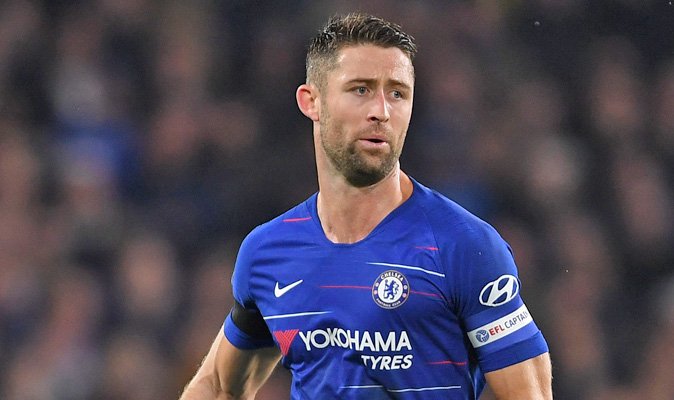