Andreas Pereira has explained why he rejected Jose Mourinho’s advice to stay but opted join Valencia on a season-long loan last summer.

The 22-year-old impressed in a Valencia team which finished fourth in La Liga and returned to Old Trafford with confidence after a full campaign of regular playing time in Spain.


Jose Mourinho was adamant that he wanted to keep hold of Pereira last season but the Belgian-born Brazilian ignored his manager’s advice as he was interested in getting first-team minutes under his belt.

And the gamble appears to have paid off as he started United’s Premier League opener against Leicester and featured well in pre-season under Mourinho.

Asked about his time on loan at Valencia, Pereira said: ‘I learned a lot of things being on my own, I lived on my own there, and it’s different than living over here.

‘I’m more professional now, I know what my body needs every day, I’m more mature now than I was two years ago.


‘They’ve been really good for me, I think I’ve totally changed as a player and a human being after these two years.’

‘It was very difficult for me to take that decision,’ he added.

‘Like Mourinho is one of the best coaches in the world, and he tells you to stay, and if you go against it you’ve only got things to lose in your head really. I was nervous about that, but it came out well.

‘We had a great year in Valencia, and I am a better player, and this season he has a better Andreas than he could have had last year.

‘He hasn’t told me [that I have improved], but I think he will see this in games.


‘I have a very good relationship with him, he is very good with me, very honest.’

Sat Aug 18 , 2018
Manchester United manager Jose Mourinho has slammed Manchester City’s new documentary All or Nothing after it depicted him as a defensive manager. The new eight-part Amazon Prime series retells the story of City’s 2017/18 title win season and viewers are given a fly-on-the-wall perspective of several of Guardiola’s team meetings. […] 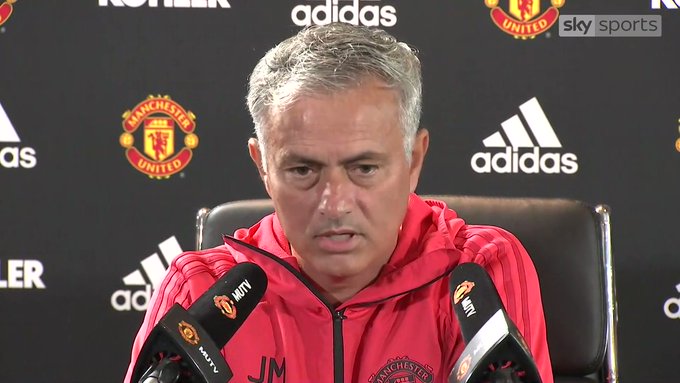