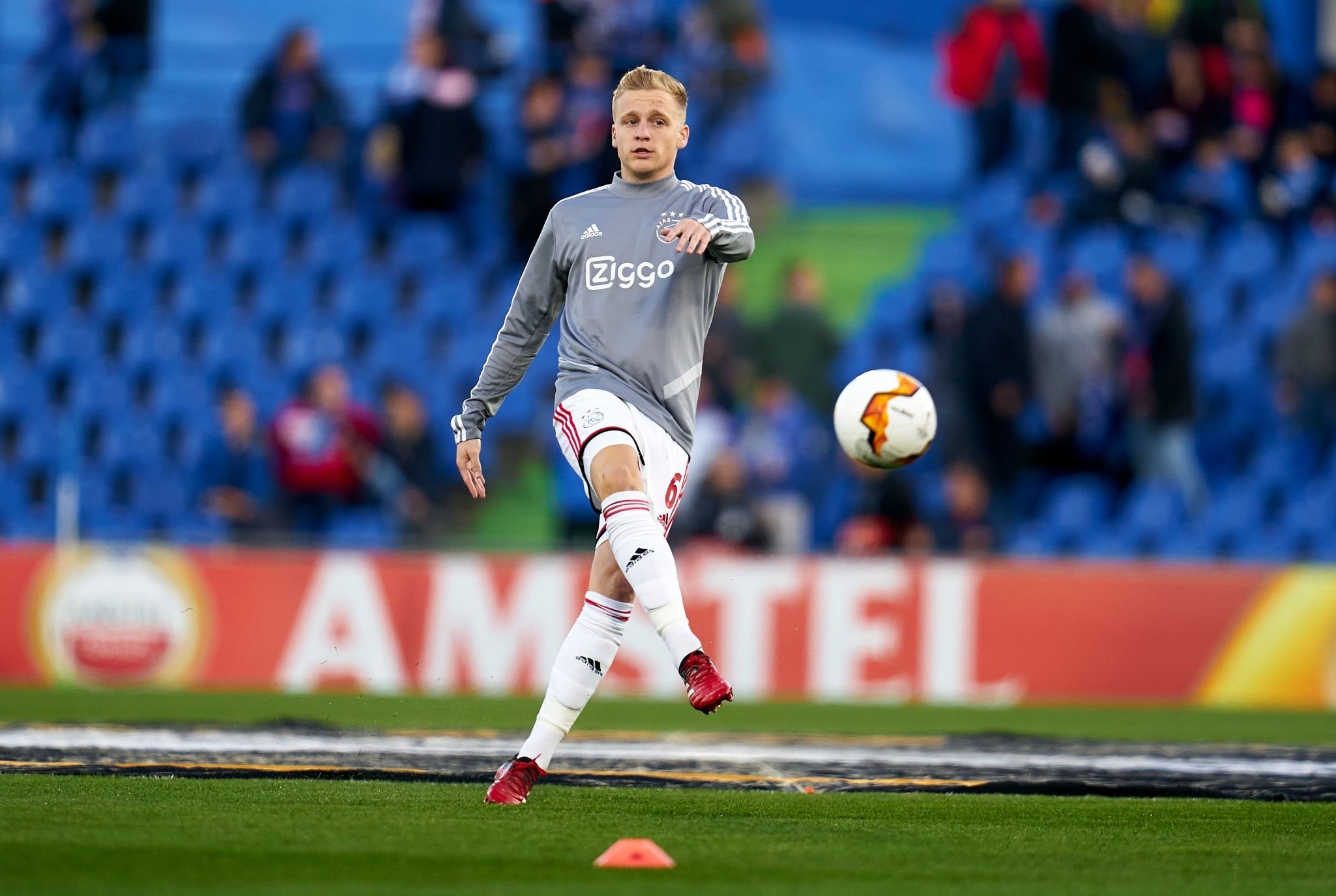 Manchester United are close to the signing of Ajax star Donny van de Beek after reaching an agreement over a fee with the player’s club.

According to reports, the deal is worth around £40m and the player is close to becoming Solskjaer’s first signing of the summer window once personal terms and a medical are done.


United have been monitoring the 23-year-old for a while as they look to imlrove their midfield and firmed up their interest when it became clear he was interested in joining the Red devils.

And there were reports of some late interest from Tottenham but it is believed United were always leading the chase.

Ajax head coach Erik ten Hag fuelled speculation Van de Beek was set to leave when asked for a transfer update ahead of a friendly game with Eintracht on Saturday.

“There have been some developments that made us decide us to keep him out of today’s squad,” Ten Hag told Ziggo Sport.


“We will see what happens. We’ll make an announcement as soon as there’s some clarity.”

United had hoped to make Jadon Sancho their first signing of the summer but the tough economic climate caused by the coronavirus crisis, means they have not been able to reach an agreement with Borussia Dortmund for the winger.


Dortmund are holding out for a fee of £108m for Sancho, but United believe it is not a realistic figure because of the state of their finances due to the Covid-19.

And United have grown frustrated at the pace of talks with the German club, who have taken the decision to use a third party agent to discuss a possible deal.

Sun Aug 30 , 2020
Kai Havertz reportedly missed Bayer Leverkusen’s pre-season fitness training this weekend as he is close on making a big-money move to Chelsea. Chelsea manager Frank Lampard has been intent on making up for lost time in the wake of the club’s two-window transfer ban, signing Timo Werner, Hakim Ziyech, Ben […]