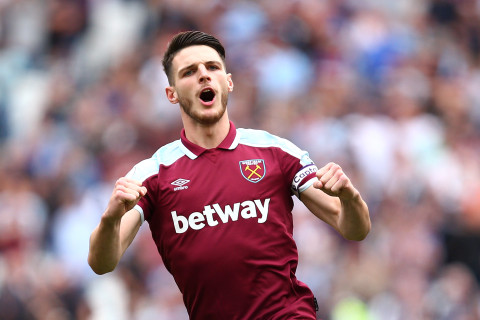 Manchester United remain interested in signing West Ham’s Declan Rice with the club aware of the need to sign a midfielder next summer, according to reports.

United recruited well in the summer window with Jadon Sancho, Raphael Varane and Cristiano Ronaldo the big names through the door at the club.


Ole Gunnar Solskjaer had revealed his priorities were to sign a central defender and a right-sided winger. But despite the signings of Sancho and Varane, plus the return of Ronaldo, some supporters believe another central midfielder is needed.

According to ESPN, both Solskjaer and executive-vice chairman Ed Woodward are ‘aware’ of the clamour among fans for a defensive midfielder to be signed but they opted not to in the previous transfer window.


But, that position will be prioritised next summer and West Ham midfielder Rice is the man at the top of the club’s shortlist.

Other midfield options will be considered over the next year but the England star fits the profile of player the Red devils want to recruit.

In addition, a striker will also be on the agenda for next season’s recruitment with it unclear if Edinson Cavani will sign another new contract once his current one expires at the end of this summer.

Rice, who has also attracted huge interest from Chelsea in recent months, is under contract with West Ham until 2024 and is reluctant to sign a new deal.


West Ham currently value the player at around £80m and it’s believed United would want them to lower their fee before making a move to sign the England international.

‘I think if the right player becomes available for the right price, Ole Gunnar Solskjaer will go and get him,’ Ferdinand told his FIVE YouTube channel.

‘The problem is who is out there and who could be a good fit? Saul Niguez would be a perfect fit and he’s asking price was £160m a couple of years ago, now it’s more like £40-50m.

‘I think Declan Rice would be a massive addition to this squad. I’m a massive fan of his. I would love to see him keep progressing.

‘He was brilliant for England in the summer. I think if West Ham keep him they’ve done unbelievably well. I think he does well staying at West Ham or if he goes.’

3 weeks ago
Manchester United midfielder Paul Pogba says it will be a ‘pleasure’ to play alongside Cristiano Ronaldo and says the Portugal skipper will ‘raise’ the club’s level. The 36-year-old rejoined United last week in a shock transfer move that saw Ronaldo sign a two-year contract with his former club. The move […] 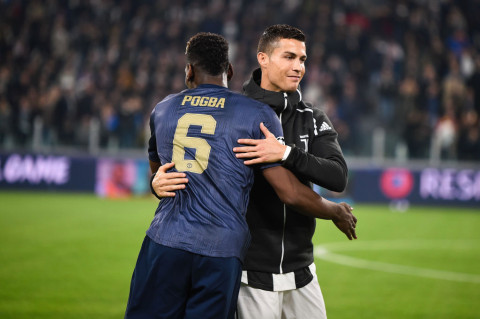