Manchester United’s board considered appointing Antonio Conte as manager but decided against an approach over fears the squad would not adapt to his style, according to reports.

United sacked Ole Gunnar Solskjaer at the end of November after a number of bad results, though by that time Conte had joined Tottenham where he has gone undefeated in the Premier League in his first eight matches in charge.


The Red devils instead appointed Ralf Rangnick on an interim basis while they carry out a thorough search for a new permanent manager, who will be appointed this summer.

Spurs are now two points below fourth place with two games in hand, with optimism around the club, but defeat to Wolves has left United in seventh place in the Premier League.


Many supporters have now questioned whether the club made a mistake in overlooking Conte when he was available.

It was initially reported that United’s board were worried about bringing in a manager as authoritarian as Conte and feared he would demand a huge overhaul of players in the transfer market.

But now the Daily Mail claim United’s board were worried about how his style would fit the existing players, with concerns that his precision and micro-coaching would be unsuited to the current team.

United’s hierarchy took a ‘long look’ at Conte and felt he was a great coach, but there was also a sense that his exacting standards and instructions would not mesh with the current players.


They felt Conte’s style relied too much on programming players to carry out specific instructions to minute details.

In addition to concerns over how United’s players process and receive instructions, the board also fear that the club lack leaders in the dressing room and plan to address that issue this summer.

United’s board, meanwhile, are happy with the decision to bring in Rangnick despite the defeat to Wolves, though there is an acknowledgment that he can only exert a limited amount of authority over the players because they know he will be replaced at the end of the campaign.

2 weeks ago
Thomas Tuchel says Chelsea will look at signing new players during the January window as the club continue to be linked with moves for Everton’s Lucas Digne and Barcelona defender Sergino Dest. With Chelsea surrendering their lead at the top of the league table and slipping ten points behind Manchester […] 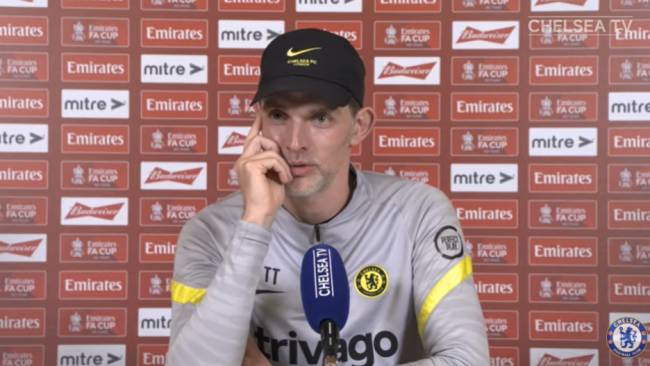