Eriksen is keen for a new challenge outside Spurs and United are interested in trying to strike a deal before the summer transfer window closes at 5pm on Thursday.

The 27-year-old has been linked with a number of top European teams, including Real Madrid, Juventus and Atletico Madrid, but Tottenham have yet to receive a bid and United are hoping that may encourage Spurs to compromise on price.

Tottenham chairman, Daniel Levy would prefer to sell Eriksen overseas rather than to a direct rival but he is also reluctant to allow him leave for nothing when his deal expires next summer.


United would have to pay a higher fee than a European suitor to land Eriksen but, with less than 72 hours before the close of the window, there is hope Levy would accept less than the £130m English teams were being quoted at the end of last campaign.

Tottenham are braced for European teams making cut price offers of under £50m for Eriksen once the Premier League window closes given those in Spain, Italy, Germany and France are still open until September 2.

Tottenham are working hard to try to sign at least one of Bruno Fernandes from Sporting Lisbon or Real Betis midfielder Giovani Lo Celso before the transfer window closes on Thursday, despite Eriksen still being at the club.

However, Uncertainty continues to surround the future of Paul Pogba. Ole Gunnar Solskjaer, the United manager, said over the weekend that he had “no doubts” Pogba would still be a Red devils player come the start of the campaign.


If someone matched United’s valuation of Pogba, he could leave but Solskjaer would like to have both the Frenchman and Eriksen in his squad.

Romelu Lukaku’s future also remains in doubt. A potential swap-deal with Juventus forward Paulo Dybala broke down over the weekend but the Turin club and Inter Milan remained interested.

Tue Aug 6 , 2019
Tottenham have agreed a fee with Juventus for Paulo Dybala worth €70million (£64.4m), according to reports. The Argentina international is now set for talks with Tottenham over contract terms as a move to the Premier League edges closer. The 25-year-old forward has developed into one of Juve’s top players since […] 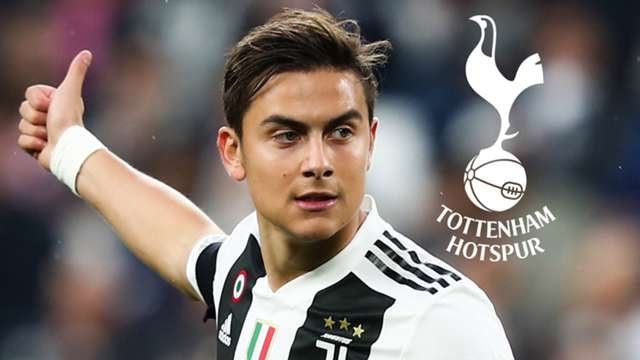