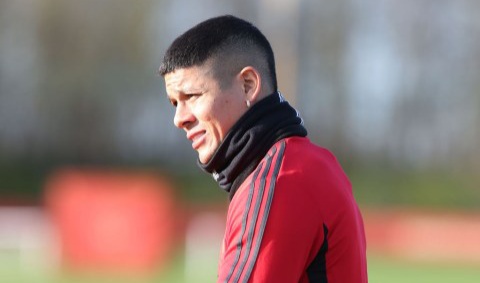 Marcos Rojo has reportedly been impressing Solskjaer with double training sessions every day in order to convince the Manchester United manager of his worth to the team.

The defender’s game time at Old Trafford has reduced over the past few years, and he was sent out on loan to Argentinian side Estudiantes in the January window.


Marcos Rojo played only one game in a disastrous spell hampered by injury and then the cancellation of the League due to the coronavirus pandemic.

According to ESPN, the 30-year-old is one of the squad members that the Red devils are listening to offers to, but possible suitors have been put off by the players’ high wages.

A new centre-back is on United’s wishlist, but their efforts to find one has proved abortive so far.

The report claims that Rojo and Chris Smalling have been told that they will be given a shot to redeem themselves at Old Trafford and can fight for a spot in the team for the upcoming season.


Rojo is reported to have been working extra hard in training and participating in double sessions every day since he returned from Argentina, which has caught the eye of Ole Gunnar Solskjaer.

Chris Smalling, Phil Jones, Andreas Pereira and Sergio Romero are the other players that Manchester United are willing to allow leave.


Their sales would provide extra funds to be put towards making new signings, with Borussia Dortmund’s Jadon Sancho still their major target.

However, the German side have stood firm in their £108m valuation of the England international, which United are unwilling to meet.

5 months ago
Manchester United confirm that they are ‘disappointed’ with Mason Greenwood after the youngster was sent home from the England national team for meeting women at a hotel in Iceland. Greenwood and Phil Foden breached strict coronavirus guidelines to meet the women in the team hotel after England’s win over Iceland […] 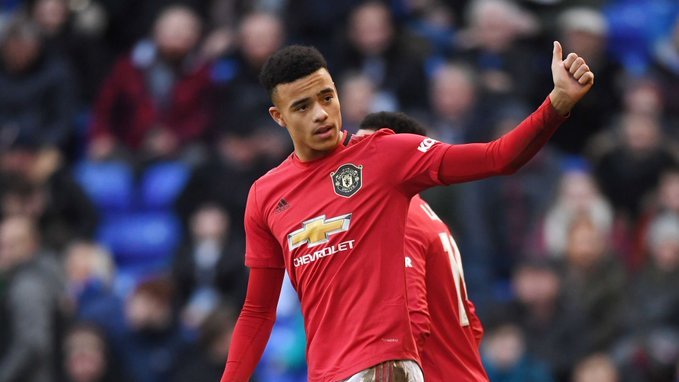