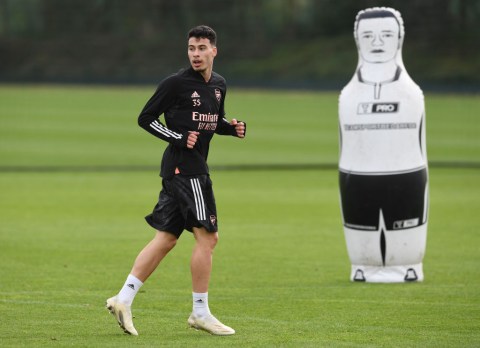 Arsenal forwarc Gabriel Martinelli has given Mikel Arteta a huge injury boost by returning to rhe club’s first team training ahead of schedule.

The Brazilian star has been out for five months with a knee injury and Arsenal had not expected the player to return to action until the New Year.


But, the 19-year-old was able to participate in a training session with the first team today ahead of their Europa League tie against Dundalk.

Though Martinelli will likely need up to two or three weeks of training before he can consider an appearance, the player’s return is a huge boost for a goal-shy Arsenal team.

The Gunners have scored only eight times in their first six Premier League games this season, which is the joint fewest they have managed since the competition’s inception in 1992.

Martinelli made a good start to his Arsenal career last season and was one of the few positives of a difficult campaign, he scored ten goals in 26 matches for the club.


The forward hinted last week that he was ready to return. ‘I feel very well,’ he told Arsenal’s official website. ‘I’m regaining confidence and I can feel my knee is better.

‘After an injury like this you are kind of scared to force the knee again but the past couple of weeks it has been fine. ‘Soon I can start training with the ball.’

4 months ago
Ole Gunnar Solskjaer has praised Donny van de Beek’s display after Manchester United’s 5-0 win over Leipzig and said he was pleased with the player’s work both on and off the ball. Van de Beek has had to wait patiently for game-time since his transfer move from Ajax to United […] 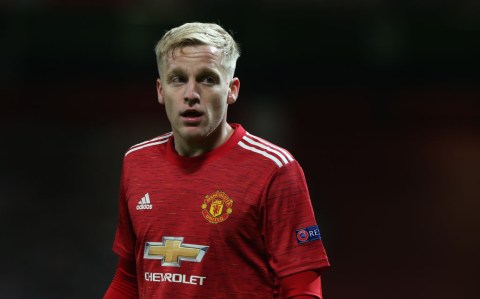