Jose Mourinho has aimed a dig at an unnamed Manchester United player for asking to drive his Rolls Royce after a game instead of taking the team bus and has suggested that the incident contributed to his sack.

Mourinho was sacked by United in December after a poor run of form, while the 56-year-old was involved in bust-ups with several players including Paul Pogba, Anthony Martial and Luke Shaw during his time at the club.


And Mourinho has now revealed one situation at Manchester United where he felt defeated by player power.

‘We would play a team that was 30 kilometres from Manchester, it wasn’t like 300 or 400km,’ Mourinho said at the ANTF Coaches Forum in Portimao.

‘And a player asked me if after the game he could return to Manchester without the team, and go on his own.

‘And I told him: ‘That doesn’t make sense, if we went to London and you wanted to stay that would be something else.’

‘But this was close, it didn’t make sense.


‘The guy was upset. But then we won the game and he asked me again because I was happy.

‘I told him again, but as I was happy I gave in a little and said: ‘At least leave the stadium on the bus and ask your chauffeur to catch up with you 10 minutes from the stadium and then go as you wish.’

‘And this guy still wasn’t happy in the dressing room.

‘I went to the press conference and after that, when I arrived to the team bus a Rolls Royce with his chauffeur were parked beside it.

‘After all the car was new and ‘his excellency’ would like to leave the stadium in his Rolls Royce.

‘Now how do we deal with this? You never go in the Rolls Royce? You can go when I’m happy?

‘Or you solve this thing in another way to get me ‘on vacation’.’


‘I decided not to coach until the start of next season and my return to the bench must be in a club and in a league that motivates me,’ he said.

‘I am not sad that I am not coaching at the moment but honestly I want to return this upcoming pre-season.’

Sarri fires warning to Chelsea fans ahead of Brighton match

Wed Apr 3 , 2019
Maurizio Sarri has told angry Chelsea fans to back the team in the stadium, after chanting for his exit during their recent win over Cardiff City. The Italian manager has come under fire from the Stamford Bridge supporters this campaign and cries of ‘We want Sarri out’ and ‘F*** Sarri-ball’ […] 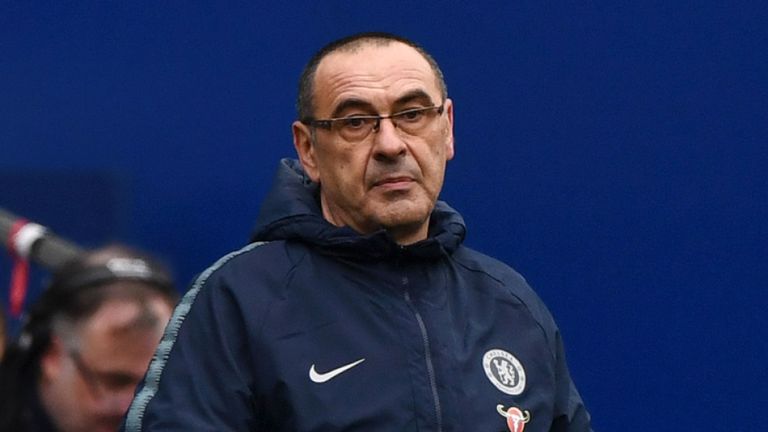