Liverpool lifted the trophy for the sixth time in their history as Klopp’s team sealed a 2-0 win with Mohamed Salah opening the scoring in the second minute after Moussa Sissoko was penaltised for handball.

Arsene Wenger described Liverpool as a ‘very, very average’ side and claimed Tottenham did not play with enough self-belief.


‘At the end of the day the game was decided on two set-pieces, a penalty and a corner, like so many times in big games,’ Wenger told beIN Sports.

‘I personally believe it was a very, very average Liverpool. There was more in this game for Tottenham. They lacked a little bit of killer instinct.


‘And I felt it was more with the psychological side than with the real quality. I felt that they believed without really 100 per cent believing tonight.

‘There was more in this game than a defeat like they had tonight against Liverpool.

‘Basically it’s that. Mr Wenger is speaking about two set-pieces and I can add three shots on target in 90 minutes and two goals.

‘I think the three midfield players of Liverpool, if we’re going to see a wave of their positioning, they played on a straight line in front of the back four.

‘You don’t remember Henderson, Wijnaldum, Fabinho, Milner to be close to the three attacking players to have one arrival in the box. Nothing.

‘And when Tottenham managed to do something and create something, the player who was missing last season [the goalkeeper] was there today.

‘He [Alisson] was not phenomenal, he didn’t have five, six, seven, eight saves, but he had a couple of saves which stopped Tottenham drawing.

‘I think that if this match was not the Champions League final, if it’s a Premier League match, the final of the League Cup, we would all say the game was not good.

‘But the quality of the game was not good. I think Tottenham has to be frustrated because they lost, but not just that, but they feel better than this.

‘And it’s in the big moment you have to be at your best level.’

'Messi should win Ballon d'Or - but I'll take it!' - Van Dijk looks ahead to award after CL victory

Sun Jun 2 , 2019
Liverpool defender Virgil van Dijk believes that Lionel Messi remains a worthier candidate for the 2019 Ballon d’Or award – while conceding he would not turn down the award after his Champions League heroics.  The Netherlands star has been a rock in the heart of the Liverpool team since signing in January 2018, transforming a […] 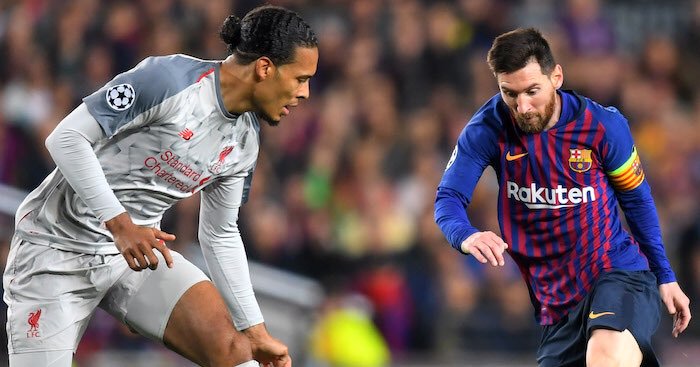