Jose Mourinho has put the blame for Manchester United’s failure to defeat Wolves at the hands of his attacking players.

Fred had fired the home side in front early in the first half, but United were able to get a second and newly promoted Wolves earned a fully deserved point through Joao Moutinho’s stunning 53rd minute strike.


Alexis Sanchez was particularly disappointing despite being rested in midweek.

Anthony Martial scored in the 3-0 victory over Young Boys but returned to the bench for his replacement, who has now scored just three goals in 23 appearances since his transfer from Arsenal, to turn in another underwhelming performance.

Sanchez was taken off after 63 minutes and Mourinho was left unhappy with the Chile international and his fellow forwards, including Romelu Lukaku who missed a glorious second half chance.

‘I think the result is fair,’ said Mourinho. ‘They deserved their point and we deserve the punishment of only getting one point. They started better were more aggressive, had more intent and I don’t know why but they were more motivated.

‘I was expecting more from my attacking players. There was not enough creativity, movement or dynamism.


‘We made it quite easy for them to cope with our supremacy in last 20 minutes. Overall we don’t deserve more than this.’

It could have been worse for Mourinho’s team had David de Gea not produced a number of incredible saves.

‘Our performance was not consistent, not creative and not dynamic,’ he added.


‘The way we started we were lucky to be the first team to score. From a metal point of view their approach was more for a football match than ours.’

Isco to miss a minimum of six games due to appendicitis

Tue Sep 25 , 2018
Real Madrid midfielder Isco will miss his side’s La Liga game against Sevilla due to appendicitis. The Blancos confirmed on Tuesday that the Spain international will undergo an operation due to the problem. This means that Isco will be absent when Real travel to play Sevilla at the Ramon Sanchez […] 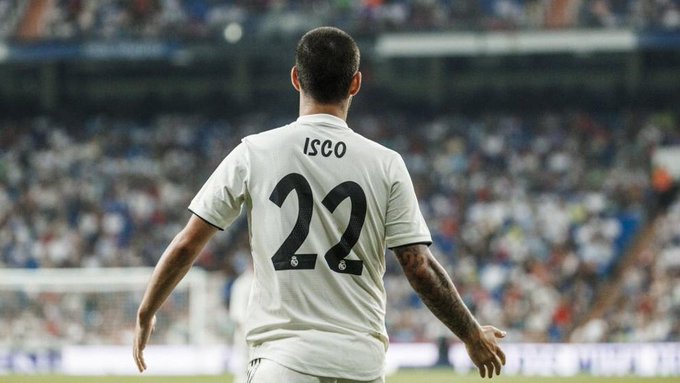