Paul Pogba and Jose Mourinho are no longer on speaking terms after the Manchester United manager told the France international to hand in a transfer request if he wanted to leave ‘again’.

The pair clashed again this week at United’s training ground after Pogba’s controversial comments after their 2-1 win against Leicester City.

Pogba was handed the captain’s armband and put in a man of the match display against Leicester in a performance that many fans had hoped would stop speculation that he wants to join Barca.


However, Pogba confirmed his unhappiness at the club by telling reporters after the match: ‘There are things I can say and there are things that I cannot say, otherwise I will get fined’.

Mourinho was said to be angry at the comments after extending an olive branch to the Frenchman and he believes Paul Pogba threw the goodwill back in his face.

The pair are said to have clashed with Mourinho telling Pogba if he wanted to leave the club ‘again’ he should hand in a request.

Mourinho was referencing Pogba’s decision to leave the club in 2012 for Juventus when he felt he wasn’t given playing time by Sir Alex Ferguson.


The pair’s relationship is now said to be bad since Pogba returned to the club and he is said to have told Mourinho to communicate to him through his agent.

Pogba’s bad relationship with Mourinho extends back to February when he was dropped for a again against Sevilla in the Champions League.

Thu Aug 16 , 2018
Kevin De Bruyne is now expected to be out for three months as City have confirmed. De Bruyne sustained the injury during training on Wednesday and will be assessed in the coming days, but he is already on crutches and sources close to the Belgian believe he could be out […] 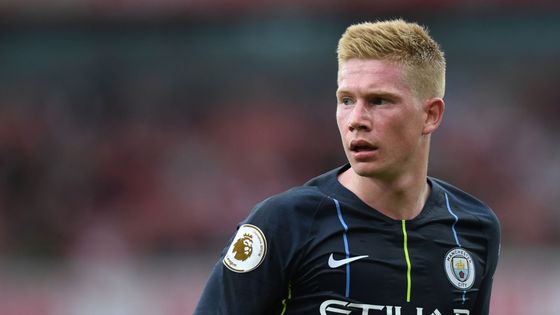