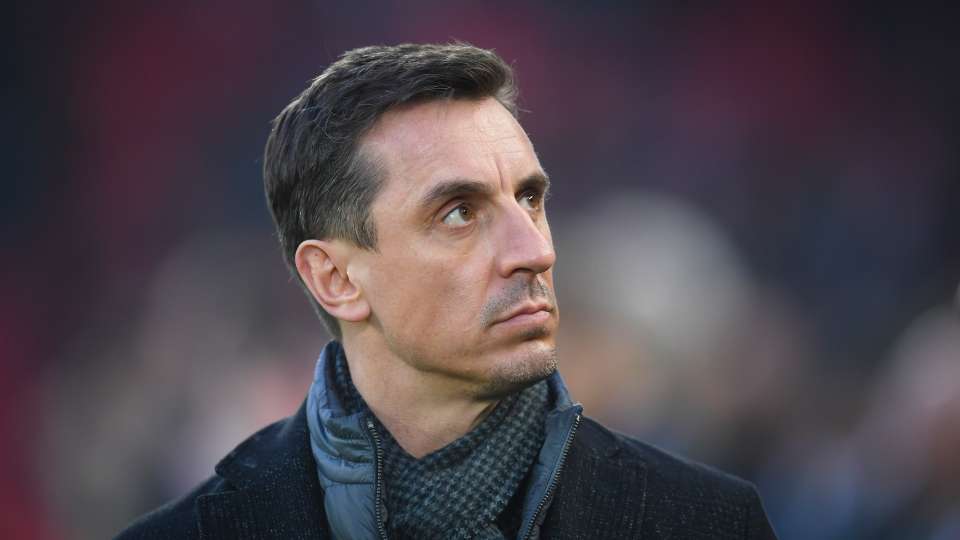 Gary Neville was revelling in Liverpool’s huge loss to Manchester City on Thursday, even suggesting the Reds players had spent too much time on the lash before the match.

Although Guardiola’s side showed Liverpool plenty of respect before the clash, granting them a guard of honour, but there was no love lost on the pitch as Man City ran riot.


First half goals from Kevin De Bruyne, Raheem Sterling and Phil Foden saw the home side race into an early lead at the Etihad and an own goal from Alex Oxlade-Chamberlain ensured a heavy 4-0 defeat for Liverpool in their first game as champions.

Former Manchester United player Neville – who famously said he would leave the country if Liverpool won the Premier League title – was happy seeing Klopp’s side struggle and said they were still feeling the effects of title celebrations.

Sky Sports commentator Martin Tyler asked Gary Neville during the match: ‘Gary can you remember when you won your leagues, I remember there was one you won on Easter Saturday at Southampton, you had a few games after that.’

And Neville replied savagely: ‘Yeah but I didn’t drink anywhere near as much as this lot have! They can’t see the ball!’


Andy Robertson was singled out for his poor defending which led to Foden’s goal, with Neville saying: ‘He’s been outstanding for Liverpool for the last two seasons but he’s playing tonight like he has had a week on the lash.

‘[It’s] so unlike him. You see him get drawn into that space, he just has to hold his nerve, he’s rushing out and getting played around. [He] sees him coming Foden, the one-two is fantastic, and the way he finishes it delights Pep Guardiola.’


Neville later added: ‘They’re entitled to a night off. Just thinking back to titles in years gone by when it was already won, you switched off, you have nothing to play for.

‘The pressure that still exists on players when you’ve already won the league to continue to keep playing at the highest level.

‘Of course they’ll be a little bit embarrassed to be losing at this moment in time, and Jurgen Klopp won’t be enjoying it, but beyond that it will be forgotten about in a couple of days’ time.’

Klopp snaps at reporter in interview after Man City bashing

4 months ago
Jurgen Klopp snapped at a reporter in an interview after the new Premier League champions Liverpool were destroyed by Guardiola’s Manchester City. The Reds, who were crowned the 2019-20 champions just last week, were totally outplayed by Man City on Thursday, losing 4-0 at the Etihad. Kevin de Bruyne scored […] 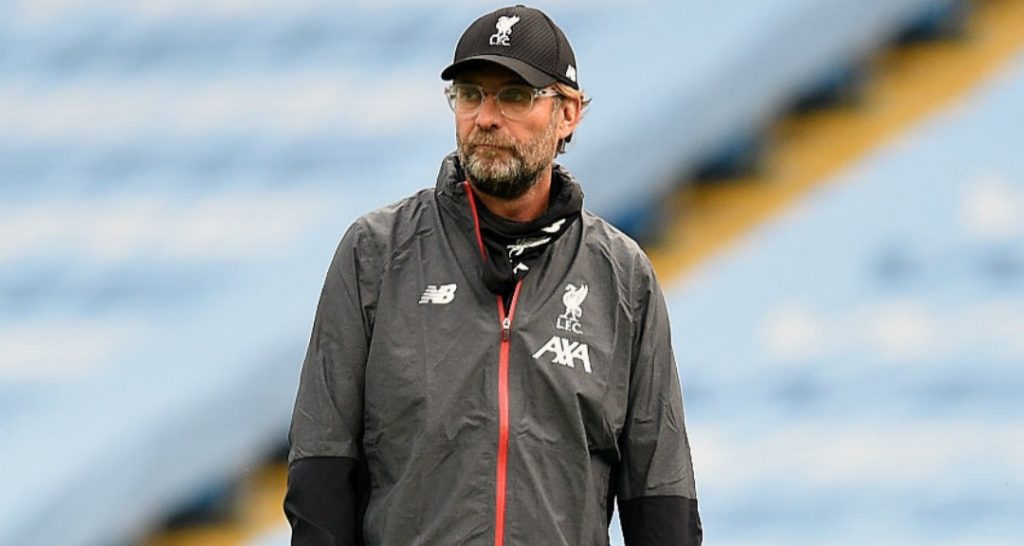