Paul Pogba has claimed that Lionel Messi and Cristiano Ronaldo are partly to blame for the criticism that comes his way at Manchester United.

Despite being a World Cup winner and a player proven at the very highest level, the Frenchman has seen his contribution at Old Trafford called to question on a regular basis.


Pogba recorded a new personal best in terms of goals this campaign, as he has found the net 16 times across all competitions this season.

He has also registered 11 assists, but his future at the club is the subject of much speculation amid the concerns regarding his consistency.

The 26-year-old believes that the exploits of Lionel Messi at Barcelona and Juventus’ Cristiano Ronaldo has pushed expectation levels up for everybody else.

Pogba told Icon Magazine: “Football has changed a lot. I grew up watching the exploits of great champions, real legends like [Alessandro] Del Piero, [Luis] Figo, [Francesco] Totti and many others.


“All have been champions, the best in the world, but perhaps many of them did not achieve more than 20 goals per season.

“Now the data, the statistics, the numbers, often seem to have become the only parameter of judgment.

“That, on the one hand, is good, it is part of the evolution of modern football and the desire to play the ball more and more. But we often tend to forget how difficult it has always been to score more than 20 goals, even for the big players.

“And today perhaps even more so, because the distance between the teams of high level has been reduced, especially in big competitions.

“Messi and Ronaldo have shown in recent years: doing what they did, maintaining those stats – that is the exception, not the norm.

Pogba added: “If an attacker today scores ten or 15 goals, he is likely to be told that it is not enough. But the player’s work must be judged with perspective.


“You have to remember that someone like Pavel Nedved won the Ballon d’Or without his team winning the Champions League or without having scored much himself. He was simply the best in his role and was rewarded for what he was capable of doing on the field.”

Pogba added: “[I can play] on the right, on the left, in front. I don’t really care.

“I can play behind the attackers, in front of the defence. It depends on the ideas of the coach, the style and the philosophy of the team that I play in.

“Because we can never forget that football is a team game and if the team works well together, we will all have more fun.

“Paul here or Paul there: Paul is a midfielder and his task, more than ever, is helping the team do what they set out to do – beyond the obsession with the goal, especially in front of the players of my position. Luckily, I also score goals, but that’s not what matters in my case.”

Fri May 10 , 2019
Liverpool boss Jurgen Klopp has hit out at the ‘irresponsible’ decision to host this year’s Europa League final between Arsenal and Chelsea at Baku’s Olympic Stadium. Respective wins over Valencia and Eintracht Frankfurt ensured both European finals will be played by English clubs, after Tottenham and Liverpool progressed to the […] 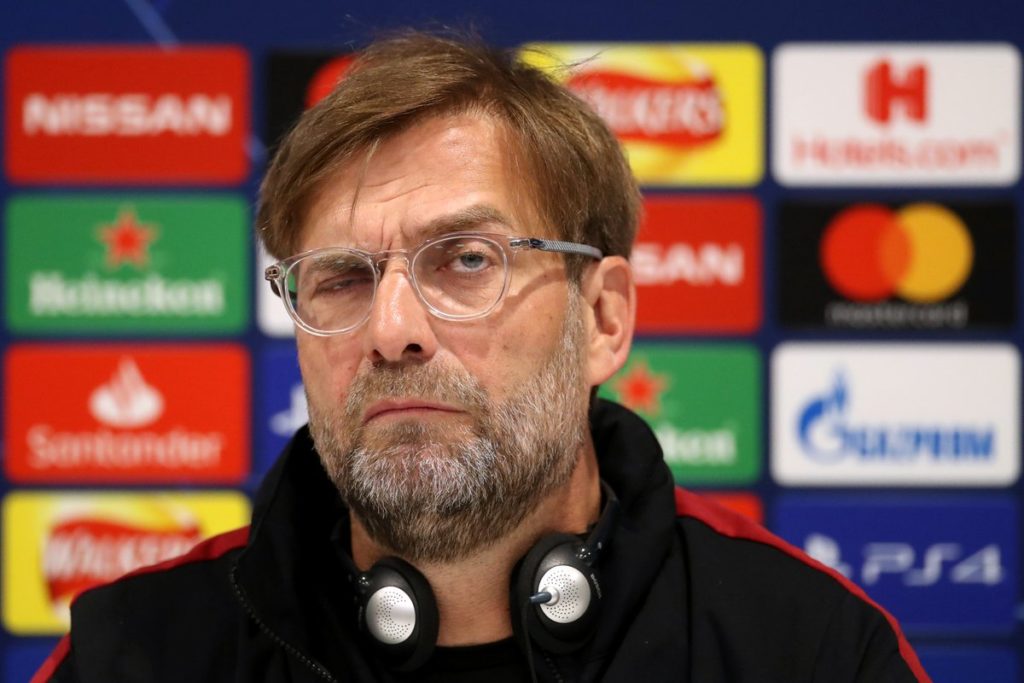