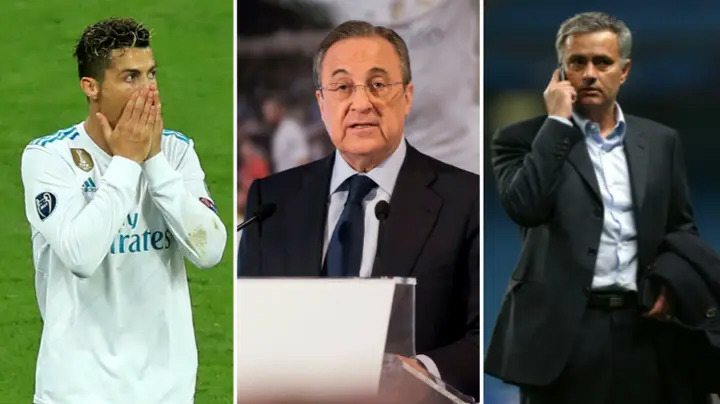 An audio emerged of him calling club legends Raul and Iker Casillas the ‘biggest frauds’ in Real Madrid history and now more tapes have been leaked.


This time, Perez blasted Ronaldo and former manager Mourinho when they were still at Santiago Bernabeu in 2012.

“He is mad,” Perez said of Ronaldo in tapes released by El Confidencial. “This chap is an imbecile, he is ill. “Why do you think he does that foolish thing?”

Ronaldo and Mourinho are currently both represented by Jorge Mendes, who Perez also fumes about in the leaked audios.

“Mendes does not order him, nor does he order Mourinho whatsoever,” Perez said.


“He and the coach don’t see the reality because the two could earn a lot more money if they were different. They are both abnormal because we are talking about a lot of money in image rights.

“Furthermore, with that face they have, with that defiant manner that they are disliked by everyone… advertising is the opposite, it is the complete opposite.”


Real Madrid have already hit back at the leaks, saying Perez is being targeted after he was in charge of the attempt by several major teams to form a European Super League.

Perez might consider taking legal action against those who released the tapes, but the leaks continue to embarrass him.

Ronaldo is a legend at Real and left the La Liga giants as their all-time top scorer after 450 goals for the club.

Ronaldo moved to Juventus in 2019, which ended his nine-year spell with Los Blancos. It was reported at the time he had fallen out with Perez during contract talks.

6 months ago
Antoine Griezmann is on the verge of returning to Atletico Madrid with Saul Niguez heading in the opposite direction to Barcelona, according to reports. Griezmann moved to Barcelona in 2019 after they paid his £107m buyout clause in his contract with Atletico Madrid. But the Frenchman has struggled to make an impact at […] 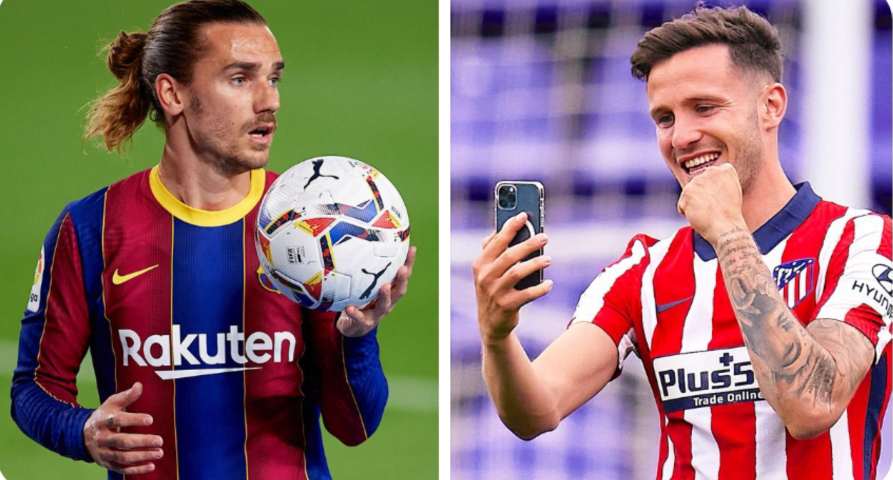