The choice to give the Croatia international the award caused a stir, but the Blancos defender has backed Modric over the Juventus forward.

Sergio Ramos claims that Real team-mate Luka Modric deserved to win the UEFA Player of the Year award ahead of those with “more marketing”, such as Cristiano Ronaldo.


Modric’s win sparked controversy in Italy, with Ronaldo’s representative, Jorge Mendes, hitting out at the snub as “ridiculous and shameful”.

However, Ramos believes that Modric, who played an important role in the club’s Champions League victory, deserved the award over the Portugal international.

Indeed, the midfielder’s performances at the World Cup seemed to back up UEFA’s decision, the ex-Tottenham star guided his Croatia side to their first ever final, where they eventually lost to France.

“There are few players that I am as proud of having in my team as [Modric],” said Ramos, per the Daily Mail.

“He is a great friend and a great player. He is one of the few players who [if he wins] would make me as happy as if they had given it to me.”


Ramos also appeared to take a dig at Ronaldo in saying that Modric is more unassuming than the Juventus striker, who has yet to get a goal in Serie A.

“Maybe there are players with more marketing, with a bigger name but Modric deserves that award,” he added.

Modric has so far appeared in all three of Real Madrid’s La Liga matches thus far, laying on an assist in the 4-1 thumping of Leganes.

Kante trained as an accountant before becoming professional footballer

Tue Sep 11 , 2018
N’Golo Kante has revealed that he is a trained accountant, and that he worked towards it because he was not certain if he would make it as a professional footballer. Kante has been a revelation since moving to the Premier League, winning the Premier League title for Leicester and Chelsea […] 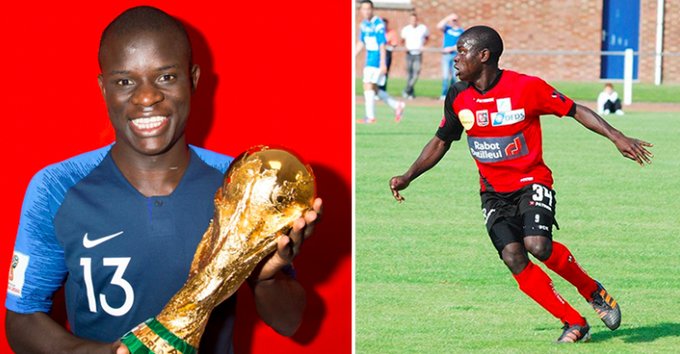