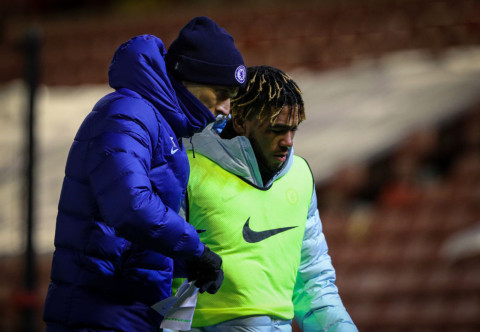 Reece James says he has no issue with Thomas Tuchel’s rotation policy, despite losing his place in the team as an automatic starter in defence.

The England defender was one of the main beneficiaries of Frank Lampard’s appointment with the club legend making good on his promise to place his faith in a number of Chelsea’s academy graduates.


James nailed down the right-back spot under Lampard having usurped Cesar Azpilicueta, but Tuchel’s arrival at the club and the implementation of a five-man defence has seen him relegated to the substitutes’ bench on a regular basis.

James has had to make do with a place on the bench in three of the last five games in all competitions but he insists he has no complaints with results having significantly improved since the German replaced Lampard.

Chelsea recently won at Anfield, having been thrashed 5-3 by the Reds on their own patch at the end of last campaign. And the maturity the blues showed last week represents the evidence to suggest Tuchel has the team back on track, according to James.

He said: ‘We were all on it against Liverpool and that showed. The game last season was tough and we lost 5-3 but this season shows you how far we’ve progressed.


‘He (Tuchel) is very funny and very passionate. He wants to win and that shows when he is on the sidelines, kicking and heading every ball.

‘When you’re in a top team, you can’t always play. You have to keep working hard. He’s the manager, I have to respect his decisions.’


Chelsea were ninth on the Premier League table, five points adrift of the last Champions League qualifying spot, when Tuchel took over from Lampard.

But the London side head into Monday’s showdown against Everton in fourth place, a point ahead of the Toffees.

Mon Mar 8 , 2021
Bruno Fernandes answered his critics in the Manchester derby with a goal from the spot-kick but said his celebration was not a dig at his detractors but a message to his family. The Portuguese midfielder has enjoyed a spectacular season for Ole Gunnar Solskjaer’s side, but has faced criticism for […] 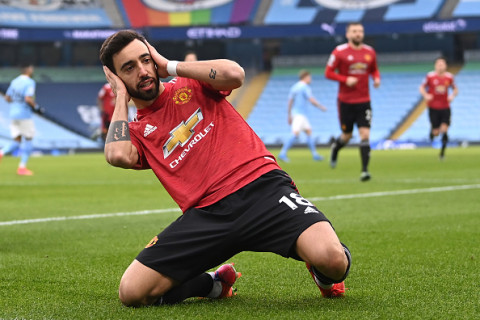