Barcelona were reportedly paid to play Lionel Messi, Neymar and Luis Suarez together in 2017, it has been revealed.

The Spanish giants received the reward after signing a contract ahead of their pre-season tour in the United States.

One of terms Barcelona had agreed with Relevent Sports was for just showing up in the Champions Cup match. According to Spiegel , Barcelona was given $3.25million for every appearance.

Barcelona then played Real Madrid and were awarded an extra $6.5m. Combined with their game against United, the Spanish giants had made almost $14m in one week.

However, there were some stipulations, Relevent Sports included a clause in the deal punishing Barca if they did not play Messi, Neymar and Suarez in the pre-season El Clasico.

At that time, the three forwards made up what was arguably the best attacking trio in world football.

Capitalising on this, a clause was inserted into the deal which showed that if Messi did not play for at least 45 minutes Barcelona’s income would be cut by $750,000.

If all three forwards failed to play the game, then $2m would be taken off the total sum.

Wed Nov 7 , 2018
Neymar blasts referee Bjorn Kuipers after Paris Saint-Germain’s 1-1 draw with Napoli, calling the official “disrespectful” after a yellow card in the 90th minute. The Brazil international was among PSG’s top performers on the day, but he received a yellow card in stoppage time while waiting to take a free […] 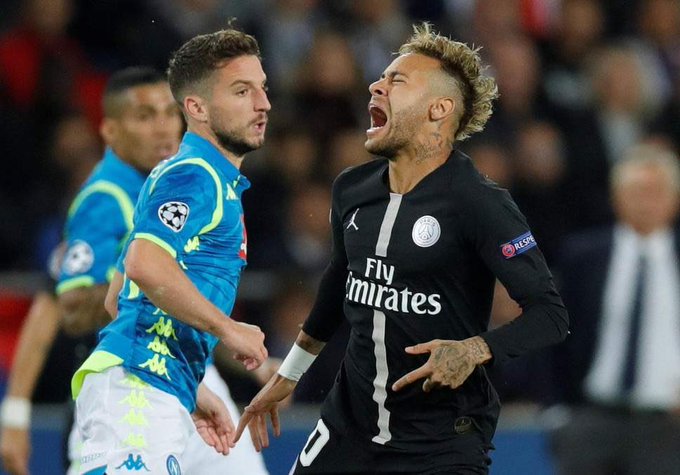