Mikel Arteta’s ‘forensic studies’ of the Arsenal squad in hope of succeeding Arsene Wenger helped him mastermind Manchester City’s win on Sunday, according to reports.

The Spaniard could have been Arsenal’s manager as the reigning champions kicked off their title defence with a 2-0 victory, though the London club opted for the experience of Unai Emery.


However, the Telegraph report that he played a key role in City’s victory having suggested a tactical switch that directly resulted in Bernardo Silva’s goal.

As City celebrated, Pep Guardiola grabbed Arteta and congratulated him for putting the suggestion forward which killed the game.

Arteta is also believed to have played a very important role in City’s pre-match analysis and tactical plan, having researched the Arsenal squad for his interview to take over from Wenger.

Arteta identified Henrikh Mkhitaryan and Mesut Ozil as possible weaknesses, with the duo playing on the wings, and made a plan to overload the flanks with pace.

Mkhitaryan and Ozil duly offered little in protection for their full-backs, while Arteta’s suggestion of putting the quick duo of Benjamin Mendy and Raheem Sterling on the left wing caused havoc throughout the game.


Sterling cut in from the left to score City’s opening goal, while it was Mendy’s run and cut-back that delivered the second goal.

Although City’s win will have delighted Arteta personally, having been overlooked in favour of Emery, Arsenal are still very happy with their new manager and have given him assurances despite losing his first game.

Tue Aug 14 , 2018
Sergio Ramos has hit back at Jurgen Klopp after the Liverpool manager criticised the Real Madrid defender for injuring Mohamed Salah in the UEFA Champions League final. Klopp described Ramos’ display in Liverpool’s 3-1 loss to Madrid as ‘ruthless and brutal’ as Salah was taken off with a shoulder injury […] 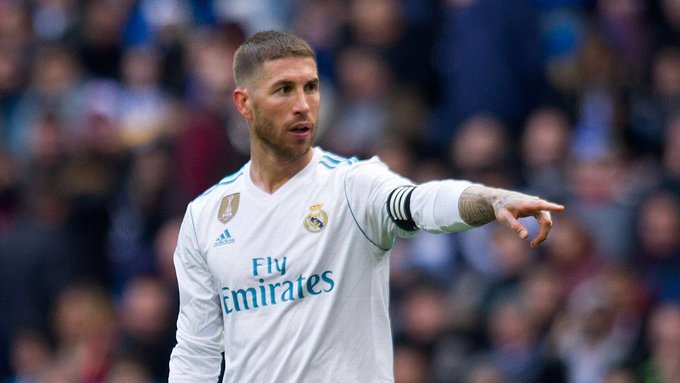