Gareth Southgate’s England enjoyed a good start to their opening group match and captain Harry Kane scored the first goal of the game on 11 minutes.

England then wasted several chances through Jesse Lingard, John Stones and Raheem Sterling before Tunisia were offered a glorious opportunity to level the game.


An harmless cross from Dylan Bronn floated across England’s box but Kyle Walker was penalised for blocking Syam Ben Youssef with his elbow.

Ferjani Sassi stepped up and placed his penalty past goalkeeper Jordan Pickford as Tunisia went into half-time level.

‘A centre-half facing his own goal when a ball is coming into the box is criminal.’


Martin Keown, the ex-Arsenal and England star, added: ‘There can’t be any real complaints from Walker and it’s an outstanding penalty by Sassi.

‘I thought Pickford might have got there but his fingertips just cannot keep it out.’

Despite Walker’s mistake, England were the dominant side in the opening 45 minutes and Ferdinand was generally happy with the performance.

‘The vast majority of the play from England was very positive, they went after Tunisia, the passing was crisp and varied,’ he said.


‘They got the goal and we thought they would push on.

‘We’ve created so many chances, at this level you take them or you are punished. We should have scored three or four.’

Tue Jun 19 , 2018
Cristiano Ronaldo is one of the fittest athletes on the planet and Patrice Evra learnt the hard way that the Portugal rarely ever relaxes. Evra, a former teammate of Ronaldo, opened up about one afternoon where he was invited to Ronaldo’s house. ‘I would give advice to anybody, when Cristiano […] 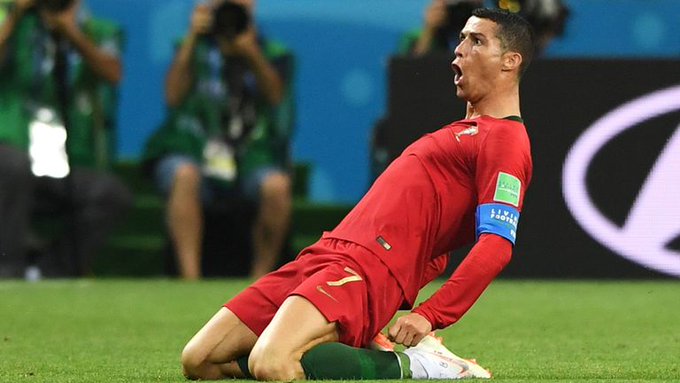