UEFA have announced that Cristiano Ronaldo will serve only a one-match ban after being sent off in Juventus ‘ Champions League clash with Valencia.

The five-time Ballon d’Or winner was controversially shown a red card following a clash with Jeison Murillo at Mestalla, although Juve went on to win through penalties from Miralem Pjanic either side of half-time.


Ronaldo will only sit out Juve’s game against Young Boys but the decision from UEFA’s Control, Ethics and Disciplinary Body means the Portuguese forward will be able to make his return to Old Trafford on October 23.

Manchester United’s Champions League win in 2007-08 marked Ronaldo’s first success and he went on to win the trophy a further four times with Real.

He scored in both legs, including the key goal in Manchester, as Madrid defeated United 3-2 on aggregate in the last 16 of the 2012-13 campaign.

Since his €112 million move from Madrid to Juve in July, the 33-year-old has scored three goals in seven games, netting twice against Sassuolo and once vs Frosinone.


After the red card, Leonardo Bonucci said that his team-mate was left “angry” at the decision , while Juventus manager Massimiliano Allegri believes VAR would have saved Ronaldo.

Despite scoring two penalties that won the game for Juve, Miralem Pjanic said:

“Football is a strange game. We could have been 4-0 up after the opening period, then came that absurd sending off,” Pjanic said, via the club’s website.

There was a possibility that the suspension might have been extended to two games, meaning he would have had to sit out the Old Trafford game.


Writing in the Daily Mail , Clattenburg said: “The contact looked very slight and I cannot see how the additional assistant, standing some 20 yards away, could deem it violent conduct.

“If I had been officiating this game, I would have given Valencia a free-kick and shown a yellow card to each player. Ronaldo will serve a one-match ban but anything more would be harsh.”

Thu Sep 27 , 2018
Chelsea defender Gary Cahill has emerged as a possible target for Manchester United manager Jose Mourinho, according to reports. Mourinho hoped to sign at least one central defender in the summer window but pursuits of Harry Maguire, Toby Alderweireld and Diego Godin all failed to materialise. The Red Devils manager […] 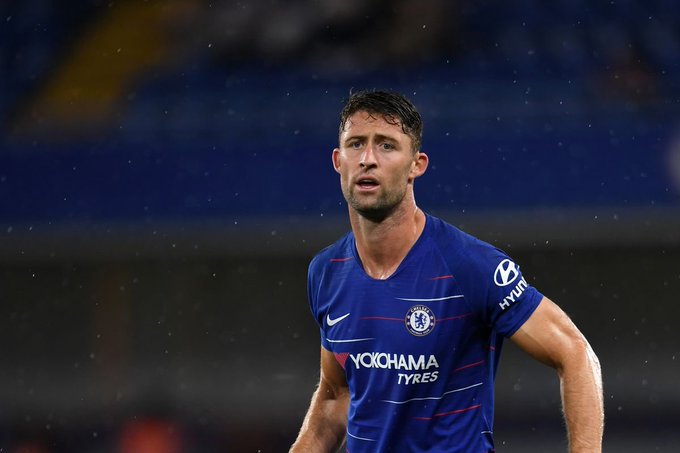