Former Arsene Wenger has given his verdict on the Mohamed Salah-Sadio Mane saga, believing the Egypt forward is “too obsessed” with scoring and needs to improve his decision making.


Liverpool head coach Jurgen Klopp was forced to play down Mane’s angry display after being substituted in the 3-0 victory at Burnley last week.

The Senegal international, who scored his fourth goal in as many matches, become annoyed after failing to receive a pass from Mohamed Salah late in the game.

He was taken off afterwards and proceeded to show a side to his character rarely seen in the forward, while Salah came under fire for his part in the incident.

And Arsene Wenger has highlighted where Salah can improve his game, although he did liken him to Barcelona talisman Lionel Messi.


“He [Salah] has similarities with Messi,” Wenger told beIN Sports . “He must find the consistency of Messi. I find he’s a good finisher but Messi has the complete thing, he gives the final ball as well.

“Salah is a bit obsessed with finishing himself. That’s a dimension he’ll get certainly, when he grows a little bit older, to find the moment when you have to give the ball and when you have to finish.

“But I like him very much, he has huge potential. Mane as well.”

Wenger went on to heap praises on Roberto Firmino, claiming that the Brazilian sacrifices himself for the benefit of Jurgen Klopp’s side.


He added: “But you forget a little bit the guy who sacrifices himself is Firmino. And like (Luis) Suarez did for Messi and Neymar, [Firmino] is the guy who works for the team, who works for everybody and gets them to shine.

“This piece of the jigsaw is always difficult to find, a striker who is generous.”

Sat Sep 7 , 2019
Olivier Giroud says he is determined to win his place back in the Chelsea starting eleven after dropping behind Tammy Abraham in the pecking order at Stamford Bridge. The France international has started just one of Chelsea’s four Premier League games so far this campaign, with Frank Lampard instead putting […] 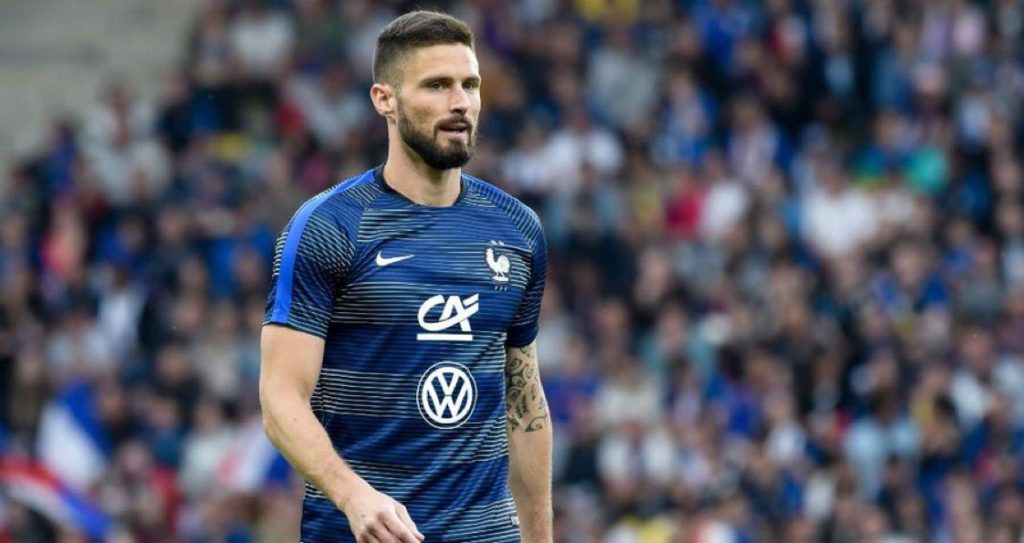