Chelsea boss Maurizio Sarri concedes he’s unhappy with his side being forced to travel to the United States for a post-season friendly game before their Europa League final against Arsenal.

Chelsea reached the Europa League final after dumping Eintracht Frankfurt out of the competition in a dramatic penalty shootout at Stamford Bridge on Thursday.


Chelsea will play Arsenal in Baku on May 29 after Unai Emery’s side beat Valencia in their semi-final game.

Chelsea play Leicester City on Sunday in their final Premier League match of the campaign and then they will travel to the United States for a post-season friendly against New England Revolution on May 16.

And Sarri says he is unhappy with the disruption to his team’s recovery ahead of their cup final against Arsenal in Azerbaijan.

‘Now we need to rest,’ Sarri said in his post-match interview after the shootout victory over Frankfurt.


‘Unfortunately we have to go to play in the United States.

‘Because I think in this moment, we need to rest. We have 10 days to prepare for the final.

‘We have to recover energy because we are really very tired.’

Paul Pogba passes blame for his critics onto Messi & Ronaldo

Fri May 10 , 2019
Paul Pogba has claimed that Lionel Messi and Cristiano Ronaldo are partly to blame for the criticism that comes his way at Manchester United. Despite being a World Cup winner and a player proven at the very highest level, the Frenchman has seen his contribution at Old Trafford called to question on […] 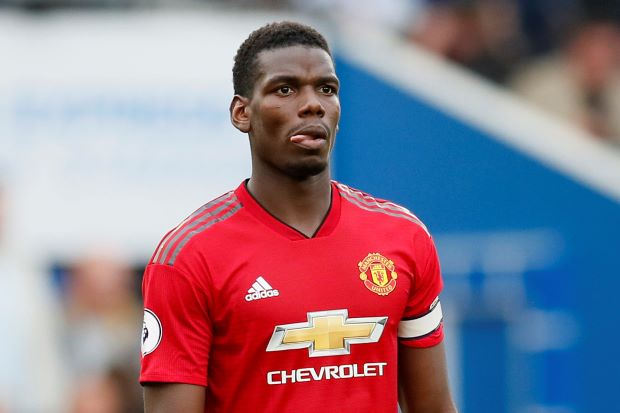