Chelsea have been warned that Sarri-ball may be pushing Eden Hazard and N’Golo Kante towards leaving the club, with Mario Melchiot claiming that tactical tweaks could lead to high-profile exits.

Two key players at Stamford Bridge have often been asked to play out of position this campaign under Sarri.


Eden Hazard was used as a ‘false nine’ before the January arrival of Gonzalo Higuain, while Kante has been moved out of a holding midfield position.

Questions continue to be asked of Maurizio Sarri’s selection policy, with the Italian refusing to change his pattern, and it could be that Chelsea pay the price for the stubbornness of their head coach.

Former Blues defender Melchiot has told talkSPORT : “If you play players out of their position, you’re taking away their happiness and when their happiness goes, players are going to start looking at somewhere else.

“Kante is happy doing the job he’s good at, but now Sarri is making him go forward.

“His strength is breaking up play and winning the ball back, and that allows other Chelsea players to take more risks because they have that security of Kante being behind them.


“That security is gone now and if they lose the ball, their opponents come straight at them.

“It’s the same with Hazard – if you want to keep hold of your star players you have to make them feel good about what they’re doing.

“Sarri has started to complain that he dribbles too much with the ball, but what do you want?

“That’s his ability and there is no player who wants to play against him when he does that.

“If you do not want him to dribble, if you want him to play one-touch instead, he should not be in your team.”


Hazard continues to spark talk of interest from Real Madrid and has done very little to stop the speculation.

He claims to have made a decision on his future at the club and will be revealing that to the world “soon”.

Fri Feb 22 , 2019
Ole Gunnar Solskjaer says Sir Alex Ferguson would be welcome to give a team talk to his United squad before Sunday’s game against Liverpool. United entertain Jurgen Klopp’s men at Old Trafford this weekend and will be looking to put a dent in their title bid, as well as helping […] 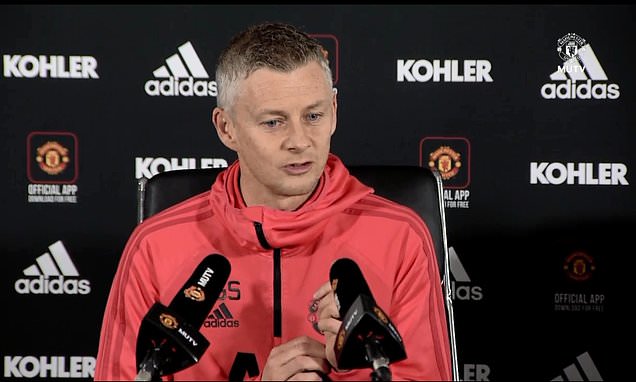