Juventus boss Maurizio Sarri has fuelled the rumours regarding the club re-signing Manchester United midfielder Paul Pogba after conceding he ‘likes’ the Frenchman.

The World Cup winner has appeared unsettled at Old Trafford and seems to favour a move away from the club in this window.


Former Chelsea boss Sarri took over from Massimiliano Allegri this summer window and said he was an admirer of Paul Pogba’s talents.

“I like him very much, but he’s a Man Utd player. I’m not the technical director so I don’t know the situation,” Sarri told a press conference ahead of Juventus’ pre-season friendly game against Tottenham.

Pogba has also been strongly linked with a move to Real Madrid, but United’s reported £150m price-tag has kept any interested clubs.


The France international hit 16 goals and registered 11 assists last campaign, although half his goals and five of his assists came in a nine-game run after Ole Gunnar Solskjaer’s appointment as head coach.

Sarri also spoke on his plans for Cristiano Ronaldo and where he plans to use him in his favoured 4-3-3 formation as well as Matthijs de Ligt – widely seen as the best young central defender in the world.

“I’m going to start using Cristiano slightly on the left-hand side but really he can play anywhere with the quality that he has. He’s very experienced and he has won so much,” Sarri said.

“Until now De Ligt hasn’t trained with his team-mates yet but he’ll definitely see some action tomorrow [against Tottenham].”


Sarri produced an attractive, attacking brand of football while at Napoli, but Chelsea fans were less than impressed with the version of ‘Sarriball’ they witnessed at Stamford Bridge, and the Italian referred to the playing style he wants to instil at the club.

“We are working very hard on our playing identity because we want to become a team with strong characteristics and then look to how this new identity can lead us to winning,” Sarri continued.

Sun Jul 21 , 2019
Gareth Bale’s agent has called Zinedine Zidane a “disgrace” after the Real Madrid head coach said the forward was very close to leaving Santiago Bernabeu. Bale did not play in Real’s 3-1 International Champions Cup defeat to Bayern Munich in Houston on Saturday, and Zidane said his omission from the […] 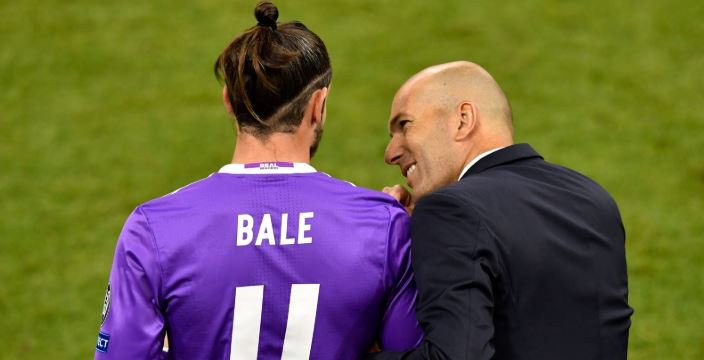