Maurizio Sarri believes Eden Hazard’s biggest ‘problem’ at Chelsea is not understanding the importance of scoring goals and providing assists.

Hazard has been Chelsea’s star man under Sarri and the Italian has already backed the Belgium international to score 40 goals this campaign.


The 27-year-old is widely considered as one of the best dribblers in the world but has often been criticised for not being good enough in front of goal.

And Sarri believes that Hazard has been limited because his major aim has been to have ‘fun’ on the field.

‘Hazard is immense and I don’t think even he knows how much he can still improve,’ Sarri told Corriere dello Sport.

‘I said he could end up in the tight circle of the best three or four players in the world.


‘The problem is he plays to enjoy himself and at times doesn’t realise the importance of moving from fun to reaping the rewards.

‘At the end of the day, you’ve got to get the fruits of your labour.

‘Hazard’s approach is a positive, but it can become a potential limitation too.


‘He needs to lift his head up, look around and realise there’s a whole world in front of him that he can dictate with his feet for the good of the team and not just the individual.’

Sat Oct 13 , 2018
Pep Guardiola failed in an attempt to bring Barcelona forward Lionel Messi to Manchester City. That is according to City’s chairman Khaldoon Al Mubarak, who asked Guardiola which player he wanted most in the world. Messi and Guardiola worked together at Camp Nou, enjoying amazing success by winning the Champions […] 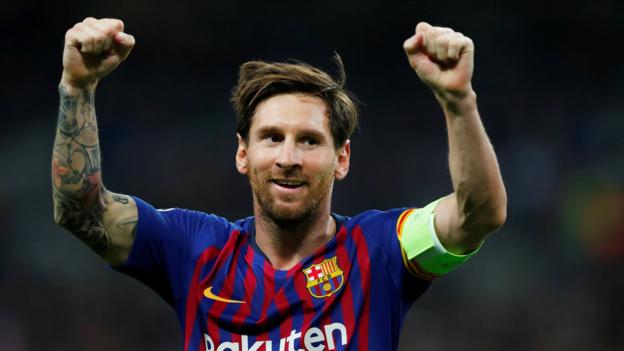