Chelsea manager Maurizio Sarri stormed out of the final training session before Wednesday’s Europa League final clash against Arsenal after an argument between Higuain and David Luiz.

The Italian was leading a short session on the eve of tomorrow’s match when a furious Luiz confronted Higuain over his tackle in a small keep-ball exercise.

The Brazilian appeared to be unhappy with the tenacity of Higuain’s tackle given the final is just 24 hours away and both players were caught bickering by BT Sport’s cameras.


Captain Cezar Azpilicueta cooled tensions by separating the pair but that did little to calm Maurizio Sarri, who threw his cap on the ground and left the session angrily.

The Chelsea coach then kicked the cap into the air and was talking to himself under his breath.


The Italian retrieved his cap before dumping it onto the ground for a second time in scenes that will concern Chelsea supporters before tomorrow’s final.

Earlier this week Higuain exploded into an angry rant at Maurizio Sarri’s backroom staff during a session at the club’s Cobham base.

The Argentine booted a ball away in frustration as the team prepared for their game against their London rivals.

The bad news didn’t stop there as midfielder N’Golo Kante managed to train for just 25 minutes.

The Frenchman was rated as ’50-50′ to make the final in a press conference before the training session but Kante was unable to join the main group and is a major doubt to play.

'He hasn't been in the final for a while!' - Klopp hits back at Guardiola

Wed May 29 , 2019
Jurgen Klopp has blasted Pep Guardiola’s suggestion that winning the Premier League title is more important than the Champions League, as he prepares his Liverpool side to face Tottenham in Saturday’s final. The Reds are playing in the final for the second consecutive campaign having lost out to Real Madrid just a year ago. Klopp’s team also […] 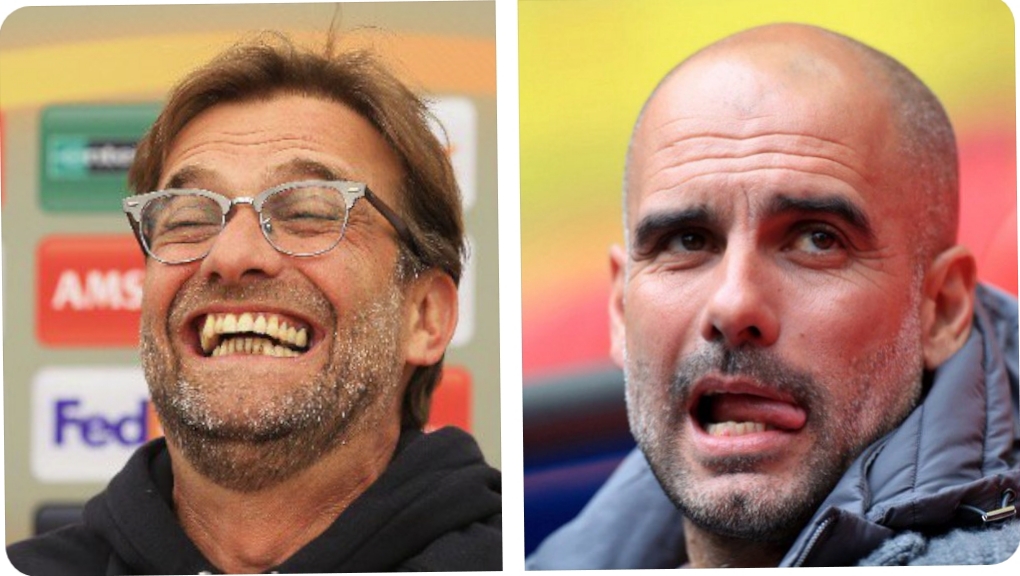