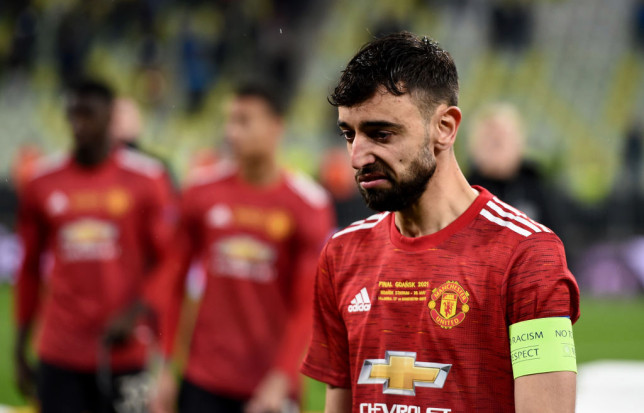 
Fernandes had a quiet evening as Villarreal’s Etienne Capoue was tasked with nullifying the Portugal international in Gdansk.

Scholes and Ferdinand reserved special praise for Emery and felt the Spaniard – now a four-time winner of the Europa League – dealt with United’s biggest threat well.

‘Obviously it’s a really disappointing night. I thought it was a really poor game on the whole really. Three shots on target all night, United would be the ones you’d expect to take the game to them,’ ex-United midfielder Scholes said.

‘We spoke a lot before the game about the effect Bruno Fernandes has for United. ‘Unai Emery is probably the first manager who has really tried to snuff that out and he did that tonight.
Article continues below


‘Whoever was closest to him got really against him. Capoue especially was the one, [Francis] Coquelin when he came on got right against him. Don’t let him get his head up because he will destroy you.

‘And tonight I don’t really remember him having an effect on the game.’

Ferdinand felt the former Arsenal manager got his tactics right in combatting the threat of Fernandes, who has contributed five goals and four assists on their route to the final.


‘I just think tactically Unai Emery got it spot on tonight,’ the ex-United central defender said.

‘Bruno, as Scholesy said, was absolutely nullified and he was close down at all times and the space for people like Mason Greenwood, Marcus Rashford and Edinson Cavani to get behind and exploit that space – with their pace and movement and anticipation – was never there today.

‘You have to give credit to Unai Emery today because he got them tactics spot on.’

5 months ago
Roman Abramovich is ready to back Thomas Tuchel with a high-profile addition in attack in the summer and will push to re-sign Romelu Lukaku after Antonio Conte’s exit at Inter Milan. Tuchel has overseen major improvements in Chelsea’s defensive since taking over from Frank Lampard and he is keen to […] 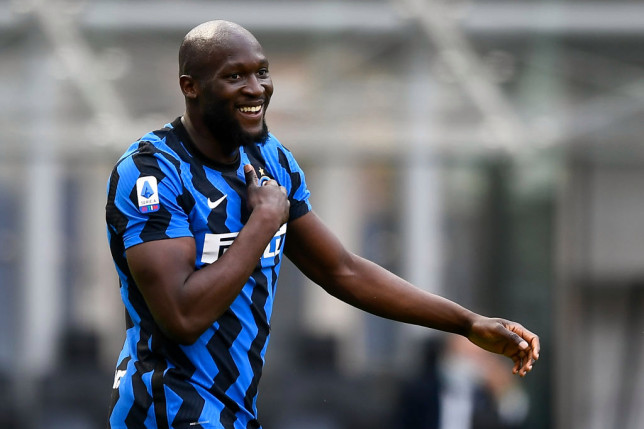