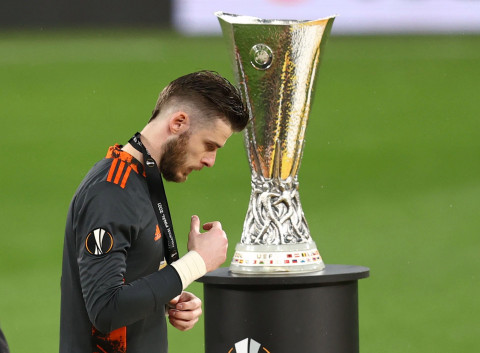 Paul Scholes has criticised David De Gea after his poor display in Manchester United’s penalty shootout defeat to Villarreal in the Europa League final on Wednesday.

The Red devils and Villarreal played out a 1-1 draw in Gdansk and after 30 minutes of extra time the match went to penalties.


Every outfield Man United player found the net with their spot kick before Villarreal keeper Geronimo Rulli put the Spanish club in front. De Gea then stepped up but his effort was saved.

De Gea has not saved any penalty for United since April 2016 and was unconvincing once again during the shootout against Unai Emery’s side.

And Scholes believes the goalkeeper’s poor record with penalties was already a potential factor even before the game. He said: ‘Once you get to penalties anything can happen, we know that.

‘I always feel a little bit worried being an Englishman that we’d be on the wrong side of it. ‘But the penalties, you have to say… David… we spoke about his record before it, he didn’t look like saving a penalty.


‘They [United] got a little bit lucky with Luke Shaw’s penalty as well.’

Rio Ferdinand added: ‘If you’re going to be brutally honest, Man United were not good enough on the night. ‘Villarreal were more comfortable doing it like that, they’d have been happy getting to penalties like that.’

Paul Scholes then replied: ‘That’s what underdogs do, they don’t make it easy, nothing’s really expected of them. It can be easy, sit on the edge of your box and defend.


‘But United again, with the quality they’ve got, finishing second in the Premier League, the quality they have up front, but they [Villarreal] just stopped it, defensively they were brilliant. [Unai] Emery got it right.’

Thu May 27 , 2021
David de Gea could have secured Europa League glory for Manchester United had he stuck to the penalty notes he was given in Wednesday’s shootout defeat against Villarreal. Gerard Moreno put Villarreal ahead before Edinson Cavani equalised in the second half, though neither team could find a winner as the […] 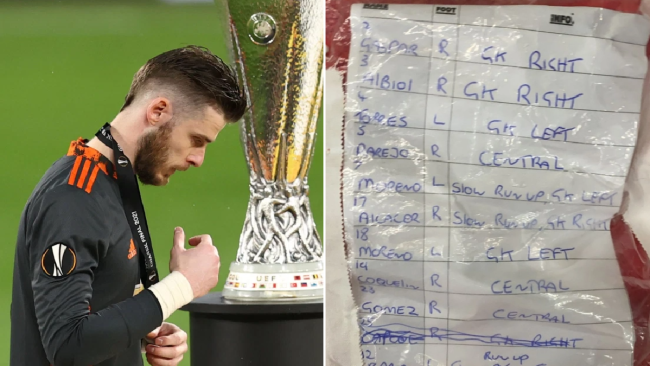