Sergio Aguero will still not be guaranteed a starting role despite extending his Manchester City deal, according to Pep Guardiola.

City announced on Friday that the club’s all-time leading goalscorer Aguero agreed to sign another contract that will add a year to his deal, tying him to the club until June 2021.

The 30-year-old established himself as one of the Premier League’s best strikers following his arrival from Atletico Madrid in 2011, but Guardiola demanded he do more work shortly after taking over two years ago.


Gabriel Jesus after signing from Palmeiras provided Aguero with serious competition, and the Catalan will continue to have no issues about taking the Argentine out of his line-up when he believes it is needed.

Asked if he ever worried Aguero would leave City, Guardiola said: “Never. You all asked me many times, especially in the first year when we didn’t win, and sometimes he didn’t play, ‘What’s the problem with Sergio?’

“I understand when you take that decision – it happened in Barcelona many times – I always know the reaction [will be bad] when the result is not good, but I have to take decisions.

“But the relationship [with Aguero] was always top, was perfect, and I’m delighted he can continue playing here.

“Always when he didn’t play few, few, few times it’s because I believed Gabriel could play, or play with a false nine or whatever. That is going to happen the next three years.


“Now he knows me better, I know him better, like a football player, like a human being, and that is the most important thing.”

After a disappointing World Cup with Brazil, Jesus has just one goal to his name this campaign and was replaced by Aguero after 63 minutes in their shock 2-1 Champions League defeat to Lyon.

On Gabriel Jesus, Guardiola said: “His first high pressing is the best in the world but he’s still a young player and they have gaps to improve,”

“We are going to help in the final third, in taking decisions, in the short spaces, but the most important thing from Gabriel is the desire to improve and always he’s paying attention in training sessions to know what he can improve and he will get it.

“I was not there [the World Cup] so I can’t speak about that, but they are young and that is a challenge.

“When we analyse how good we are it’s always the past, it’s never what [just] happened. The game is over and the day after you never know what’s going to happen.

“The contenders are better, Europe every time is better and we’re going to see if we can handle that situation. If done, OK, improve with that.”

Gary Cahill confirms he may leave Chelsea in January

Sat Sep 22 , 2018
Gary Cahill says he may have to leave Chelsea in the January transfer window because he is finding the lack of playing time “very difficult”. The 32-year-old joined Chelsea in 2012, but he has yet to make a single appearance for the club this season. “I don’t want to jump […] 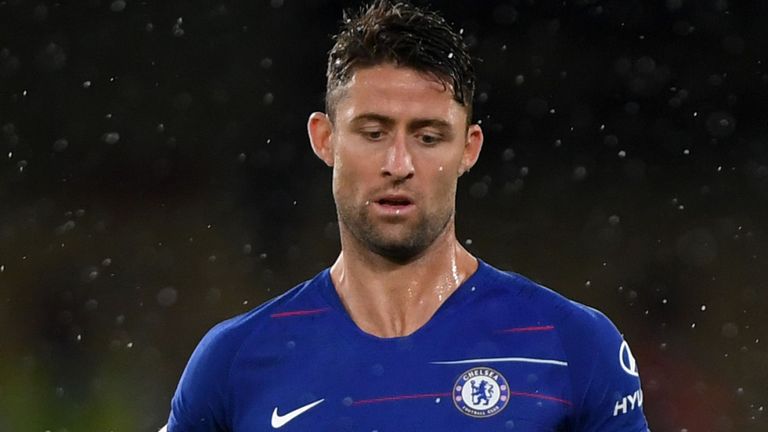