Sergio Ramos has praised Paul Pogba as “one of the great players” and is hopeful the Manchester United midfielder will join him at the Bernabeu in the future.


Pogba and his agent, Mino Raiola, both said during the summer window he wanted to leave United for a new challenge, but the club refused to sell the Frenchman.

United turned down an offer from Real Madrid of £27.6m plus James Rodriguez for Pogba, who returned to the Premier League team from Juventus for a then record of £89m in 2016.

“I think Real Madrid always has the door open for good players such as him,” Ramos told the Daily Express.

Madrid spent over £270m this summer – the biggest outlay by a European side – as manager Zinedine Zidane brought in Eden Hazard, Luka Jovic, Eder Militao, Rodrygo, Ferland Mendy and others.


Pogba has played all four of United’s Premier League matches this campaign and Real captain Ramos believes the 26-year-old would bring balance to any team.

“For me, Pogba is one of the great players,” Ramos said. “He is different and he has shown his value at Juventus and now Manchester United.

“I think he brings balance to a team. He has a great offensive influence and he has this amazing physique.”

Ramos has also praised Real team-mate Gareth Bale after a summer in which Zinedine Zidane said the winger’s exit would be “best for everyone” when it looked like he was close to leaving the club.


Thibaut Courtois previously criticised Bale for not adapting to the way of life in Spain, saying he had been dubbed “the golfer” for the amount of time he spends playing golf.

Ramos says players should be able to do what they like in their free time as long as they act professionally, but added “it’s up to each person to go home with a clear conscience or not”.

He told reporters: “I think Bale’s a great player and he’s been really important for the club in the years he’s been with us. You find many things in the press. Some are true, some are not. We live in this world and we have to try to be above all that.

Mkhitaryan opens up about unhappiness at Arsenal before Roma transfer

Tue Sep 10 , 2019
Henrikh Mkhitaryan says he had to leave the Emirates to “get pleasure playing football again”, as he signed for Roma on loan this summer. He joined Arsenal from Manchester United in 2018, and scored just eight goals in 39 league matches during his time in London. The winger, who scored […] 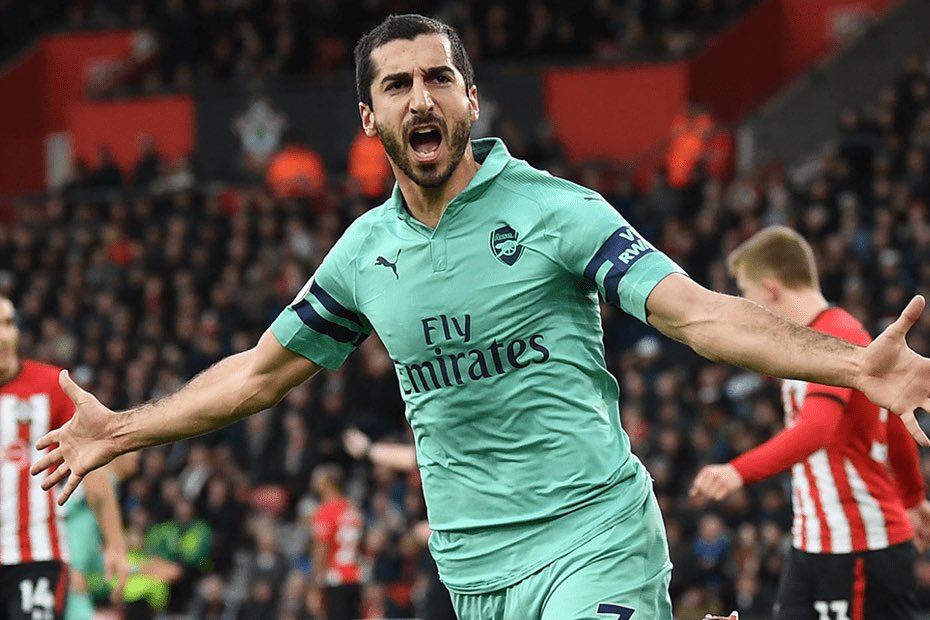