Sir Alex Ferguson wanted Mauricio Pochettino to be given the job at United ahead of Ole Gunnar Solskjaer – and the Old Trafford icon is ‘hurt’ that club board no longer rely on his opinion.

The former Red Devils boss achieved remarkable success at Old Trafford and lifted 38 trophies during his silverware-laden 27-year era at the club before retiring in 2013.

Since the Scot called time on his memorable career, United have gone through three permanent head coaches without much success, and current coach Solskjaer has also endured a tough start.

Ferguson is held in high regard by the club, even having a stand named after him at The Theatre of Dreams, but it is reported that he feels isolated by how he is being treated by Ed Woodward.


The Daily Mail claims that Ferguson made clear his feelings that United should move for Tottenham manager Pochettino after the sacking of Jose Mourinho in December.

Solskjaer was hired initially on an interim basis and was outstanding early on, winning 14 of his 19 matches in charge, and the club chose to hand him a permanent deal.

However their form flopped, the Red Devils missing out on a top-four spot in the Premier League while they were also very poor in their Champions League quarter-final with Barcelona .

Ferguson wanted Pochettino to be hired, but Woodward and his fellow powerbrokers Richard Arnold and Matt Judge were not interested in taking any of his advice on board.

It is also claimed that Ferguson’s relationship with Solskjaer isn’t as good as their public image suggests, with the Norwegian not taking advice from his former manager.

Instead, the Scot relies on his former right-hand man Mike Phelan, now Solskjaer’s assistant manager, for any behind-the-scenes information.

“Sir Alex feels conflicted. He can see the irony that he still spends time thinking about United when he’s retired,” a League Managers’ Association source told the Daily Mail.


“But he loves the club and does feel a bit hurt that his opinion is never sought.”

“He knows he’s not in charge any more but it would still be nice for him to be asked.”

Sun May 26 , 2019
Liverpool midfielder James Milner has revealed that Lionel Messi called him a ‘donkey’ during the Reds’ Champions League game against Barcelona. Messi was angry with Milner at half-time during the first leg at Camp Nou after the midfielder clattered into the Barcelona star. After hitting the deck, Messi squared up […] 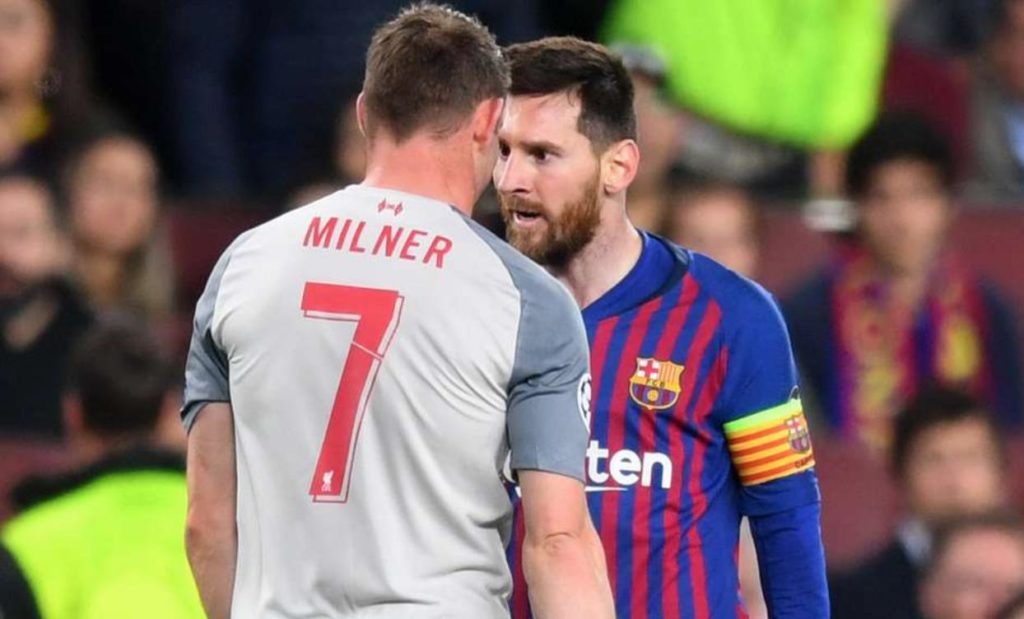