Pogba fuelled speculation about his long-term future after describing Real Madrid as a “dream” club, while away on international duty with France.


The midfielder also expressed his admiration for Madrid manager Zinedine Zidane, who in turn claimed that Pogba could one day join him at the Bernabeu.

However, Solskjaer has played down talk of a summer transfer for Pogba and insists the France international wants to remain with United.

When asked if he was planning to build his club around Pogba, Solskjaer told Sky Sports: “Definitely. I said that a few years ago as well.

“Paul is happy here, he is playing well. There was talk about the international break and what kind of issues that causes.


“One of the issues is, the players are always available for the press. They are open, and he answered a general question about any player would like to play for Real Madrid.

“He didn’t talk about himself, he is happy here.”

Spanish duo Juan Mata and Ander Herrera are both out of contract at the end of the campaign, while David de Gea is yet to sign a new long-term deal.

However, Solskjaer believes talks will progress quickly now as his own future is secure at the club.

“At least now players that are being offered contracts, they know who their manager is going to be,” he said.


“I know that I’m staying so it’s not just my advice anymore, it’s my wishes that we are working with.”

“He [Pogba] answered a general question about any player would like to play for Real Madrid,” says United boss;

Mon Apr 1 , 2019
Raphael Varane has told Real Madrid chiefs he is determined to leave the club this summer, with Manchester United desperate to sign him. The World Cup winner was said to be considering his future at the Bernabeu as he sought a new challenge and he has now communicated his desire […] 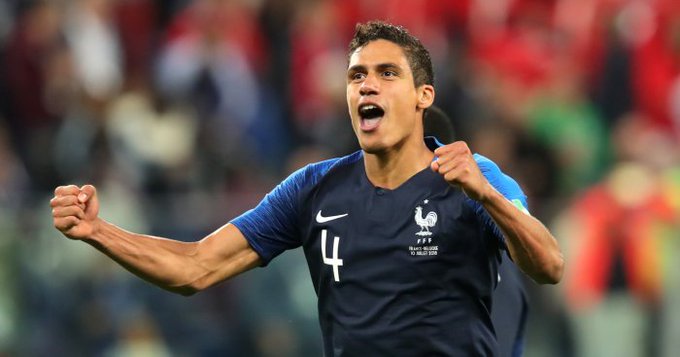