Manchester United manager Ole Gunnar Solskjaer has ordered his strikers to find their shooting boots against Barcelona after a poor first leg in the Champions League quarter-finals.

United have to win away to mighty Barca on Tuesday night to reach the semis having lost 1-0 at Old Trafford in last week’s first leg.


Not only did United fail to score as Lionel Messi, Luis Suarez and co won without playing close to their best, they did not even register a single shot on target — the first time that’s happened in a European match since 2005.

Barcelona have not lost at home in Europe for 30 matches, so Solskjaer has told the likes of Romelu Lukaku, Marcus Rashford — and Anthony Martial to do their jobs.

The Norwegian, who scored 126 goals in 366 games for the club in his days as a striker, said: “We know we can turn things round. But Barcelona at the Nou Camp is a different prospect. That’s the $100m question — Who can score them (goals)? That’s why the best strikers are the most expensive ones.


“We had a couple of decent chances last week, but when you can’t work the keeper, you can’t score. We know we will create chances and we have a goal threat, but it’s about taking a deep breath and taking those chances.”

The Chilean has been disappointing since joining from Arsenal in the January transfer window last year.


Sanchez was handed a deal worth 500,000-a-week, and has proved to be one of the most expensive failures in the United’s history.

Tue Apr 16 , 2019
Barcelona are believed to be lining up a deal worth around £100m for Manchester United forward Marcus Rashford, according to reports. The 21-year-old is likely to lead the line for Manchester United on Tuesday at the Camp Nou in the second leg of the Champions League quarter-final after losing to […] 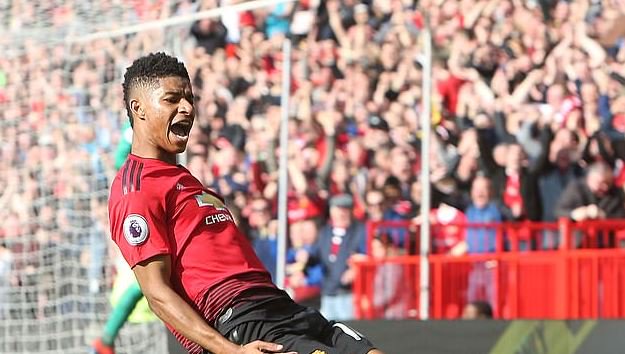