Senior figures at Manchester United are ‘in agreement’ over the transfer of West Ham United midfielder Declan Rice.

Rice has played a key role in West Ham’s push for European qualification this campaign, captaining the team and having played every minute of their Premier League campaign.


Chelsea have been linked with a move for the 22-year-old but that interest is said to have been driven by Lampard, fading since Tuchel’s arrival at the club.

United are also interested and according to the Daily Express, Ole Gunnar Solskjaer, football director John Murtough and technical director Darren Fletcher are in agreement that Rice would ‘be an asset’ at the club.

West Ham value him at £100m – with Hammers manager David Moyes saying the player is worth more than that.


‘I look at the players who have joined some clubs from overseas and come in and nowhere near had the impact Declan Rice would have.

‘I certainly wouldn’t put a price on it. You can decide which figure you want to put on it but I wouldn’t be sanctioning anything like that, that’s for sure.’


United are also believed to have their eye on a central defender and a striker heading into the summer window.

The Red devils have been linked with Raphael Varane, Pau Torres and Kounde as part of their search for a partner for Harry Maguire while Erling Haaland tops their list for a new striker.

1 month ago
Christian Pulisic says he’s found it tough being in and out of Thomas Tuchel’s lineup but is ‘on the right path’ to turning the situation around at the club. The American Winger was Chelsea’s standout player towards the end of last campaign and broke the deadlock in their FA Cup […] 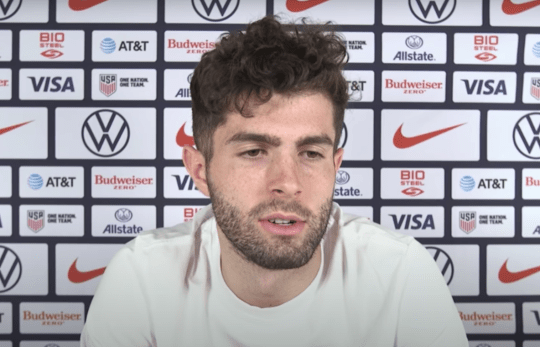