Former Arsenal goalie Wojciech Szczesny has described former team-mate Robin van Persie as “extremely arrogant” in an interview on his time at the Gunners.

The Poland international spent eight years on the books at the Emirates, albeit with three on loan at Brentford and Roma, and was a two-time FA Cup winner under their former manager Arsene Wenger.


After a two-year loan spell in Serie A, the 28-year-old made a permanent transfer to Italy with Juventus in 2017, where he achieved a domestic treble in his first campaign.

And speaking to YouTube channel Foot Truck, Szczesny has talked about a host of his former teammates from his Arsenal days, with some of his assessments less than complimentary.

Van Persie, who played for the Gunners between 2004 and 2012 before making his move to Manchester United, was one such player who came in for criticism from the goalie.

“He could have made other decisions and achieved lots more at Arsenal,” Szczesny stated, adding: “He’s extremely arrogant – sometimes.


“[I] have to admit, he left for Manchester United and the following year won a title.

“However after that, he got benched, moved to Turkey and his big career ended.”

Szczesny also talked about Samir Nasri and Alexandr Hleb, with the former compared to a criminal profession by the Juventus keeper.

“[Nasri] always thought he was some kind of gangster,” he added. “Everyone has this guy at school, who had strong and big friends and it made him think he was cool.

As for Hleb, he stated: “He could have achieved more in football. He still had a great career but he liked to drink.”


However he was more positive in regards to Hector Bellerin, stating that the defender “still has lots to improve in defence”.

“[But] now that he’s a wing-back, he’s giving more offensively. His style is a little weird, but whose isn’t? He got that from his mum.”

Arsenal next play Newcastle after the international break on April 1 ahead of the Premier League run-in.

Sun Mar 17 , 2019
Antonio Rudiger was angry with his Chelsea team-mates for the performance against Everton and branded their second-half showing as ‘unacceptable’. The Germany defender was part of the team that went down 2-0 to Marco Silva’s men after goals from Richarlison and Gylfi Sigurdsson, leaving Chelsea three points below Arsenal in […] 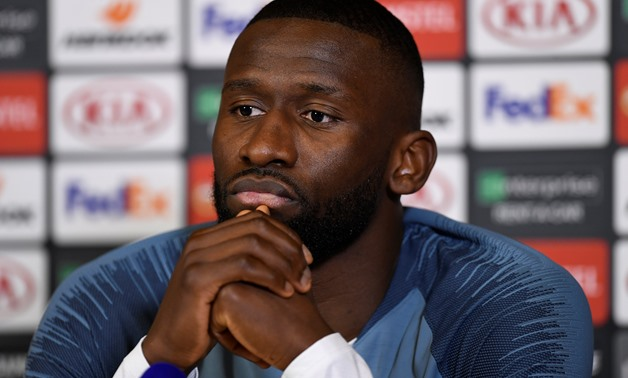