Chelsea striker Tammy Abraham says his mother was left in tears after he was targeted on social media last month after missing the decisive penalty in the UEFA Super Cup loss to Liverpool.


Abraham issued a defiant response after the game, vowing to “silence the haters”, but has conceded his mother was affected by the abuse.

“I remember speaking to my mum, she was emotional, she was in tears,” Abraham told CNN.

“You know, she’s just thinking: ‘Why him? Why him?’ It’s obviously not nice to hear, especially seeing your son getting abused.

“For me, I’m always a strong character, it doesn’t affect me as much. But saying that, it could affect people who don’t have my personality. It was a challenging moment for me, I went through a lot of emotions.


“Everyone misses penalties but to miss a penalty I was obviously devastated.”

Anti-racism organisation Kick It Out called for action to be taken against those responsible, while Chelsea manager Frank Lampard described the abuse as being “disgusting”.

Abraham has since gone on to score four goals in the Premier League and the England international praised the support he received from the club.


“Straight after, the boys, manager and everyone at Chelsea had my back,” he said. “The next day, [Lampard] called me to find out how I was.

“He didn’t want to go over the situation because he knew how I was feeling, but just wanted to find out how I was, make sure that I wasn’t distracted from football and my personal life was all right.

“It’s nice to have that support behind you when you’re going through times like that.”

Tue Sep 10 , 2019
Sergio Ramos has praised Paul Pogba as “one of the great players” and is hopeful the Manchester United midfielder will join him at the Bernabeu in the future. Pogba and his agent, Mino Raiola, both said during the summer window he wanted to leave United for a new challenge, but […] 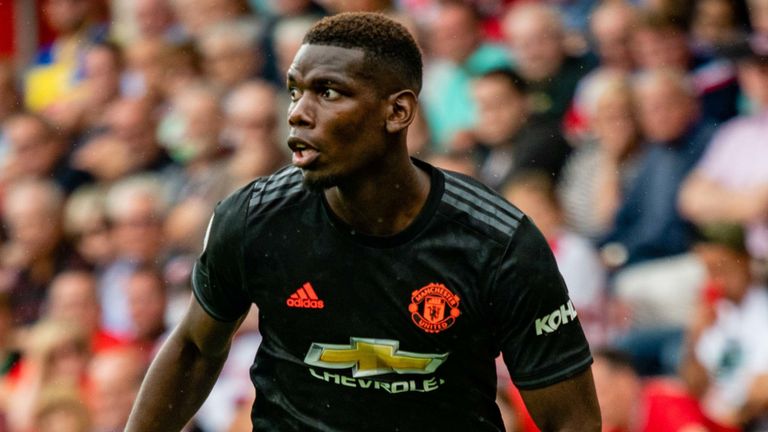