Nicolas Pepe became Arsenal’s record signing this summer window after a sensational campaign with Lille that saw him chased by some of the biggest sides in the world.

Born in 1995 to Ivorian immigrants in Mantes-la-Jolie, west of Paris – his fragile body frame meant he was selected to be in goal as he was seen as being too weak to be an outfield player.


His dad, Papa Celestine, who was a prison supervisor, would walk him 10km to the park three times every week to be in goal with his local amateur club Solitaire Paris Est.

According to Pepe, playing as a goalkeeper at a young age made him a better goal scorer as he understands how they think.

“Playing in goal back then helps me a lot now,” he said. “I know how a goalkeeper moves in relation to the position of the ball.

“That means I have a different way of analysing the position of the goalkeeper perhaps in comparison to others who might not understand how a goalkeeper moves.”


The young Pepe was soon on the move at the age of 14 when his father took up a job in Poitiers, meaning he had to change his school.

This was a crucial point in his life as his new team-mates in Poitiers FC (a fifth division team then) did not demand that he played in goal.

This was majorly for two reasons: because they already had a trusted goalie and “Nico”, as he was known, scored any time he was on the pitch.

He scored twice in the final match – a 3-1 win – that ensured his club were not relegated from the French Champion nat National (NA3).


This turned out to be his first professional contract, even though the terms were semi-pro and meant that he would continue to play in the youth at Angers in the fourth division.

“There were periods during that time with Angers B that he would stay away from everyone including his family just to be able focus on improving his game.

“At that time there was nothing that was certain and there were talks that he would be sent out on loan.”

“For him at this stage it was all about making it to the highest level or nothing would matter.”

After three years with Angers SCO II and a loan out to Orlèans, Pepe’s first-team breakthrough came in the 2016- 2017 campaign.


“He is a boy who has been with us since he was a kid – we know that his speed is a gift and so we are going to help him realise his full potential here,” Moulin told the press after Pepe played and impressed despite a 1-0 defeat to PSG in the Coupe De France final in 2017.

“Beyond football he is also a very good human being which for me is a very key ingredient for the development of every footballer.”

He would go on to play 33 games for Angers that year helping them to finish 11th in the league table.

However, Marcelo Bielsa was appointed as the new head coach of Lille and saw enough of Pepe to be convinced that he had the ability to lead his team as the main striker for his very exciting project.

Six months after Nicolas Pepe arrived in Lille, Bielsa was sacked with the club sitting 18th in the French Ligue 1. His 13 goals that season, however, were enough to ensure Lille finished 17th and avoid relegation.


The next campaign would be the season which saw the whole of Europe take note of the forward. He scored 22 goals in Ligue 1, bettered only by PSG star Kylian Mbappe.

Napoli, Barcelona and other European big sides were reportedly interested, but Arsenal won the race for the Ivorian’s signature.

His performances so far with the gunners has shown that patience will be required for him to fully reach his potential.

Sat Sep 7 , 2019
Michael Owen fears Manchester United striker Marcus Rashford is not a natural goalscorer and never will be, which may be an issue for the coach. The 21-year-old will spearhead Ole Gunnar Solskjaer’s attack this campaign after the United boss sanctioned the sale of Romelu Lukaku, believing the Belgium international was not suited to the high […] 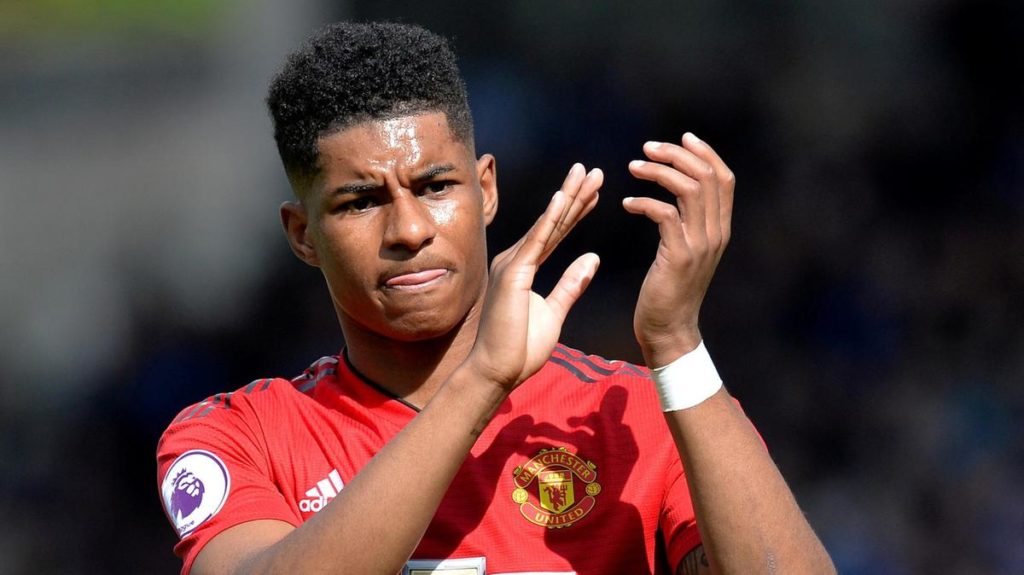