Tottenham manager Mauricio Pochettino believes his side made a statement with their 3-0 victory over Manchester United on Monday.

Despite United’s tough start to the campaign, Pochettino feels their victory sent a message to the rest of the league.


“I think it’s so important because it puts us in a very important position in the table,” he told a news conference.

“Another negative result today and it’s open again, [people would say it’s] difficult for Tottenham to win away from home against the top six again.

“This can appear some big statement to say, ‘OK, we are here’ to show that we believe in ourselves. Good character. I think in the end only three points but we need to keep calm.

“In the same way we can be happy because Manchester United is a great team and it’s not easy to play and come here. Maybe it’s easy to score but after 1-0 you want to play safe and say, ‘OK, come on, let’s play safe and finish the game 1-0’.


“But I think the character and the personality of the team was to trying to find the second and the third. I think that is why we fully deserved the result and the players all the credit.”

After Kane headed in a Kieran Trippier corner for the opener, Lucas struck twice, including a fine solo effort for the third in the 84th minute.

“He is going to receive much praise now. But for me I want to say [well done] to our chief scout Steve Hitchen and all the people that worked with him, because they advised to sign him,” he said.


“When the people sometimes criticise because always it is tough now, I think I need to say well done, because today’s performance from Lucas Moura, for the people that advised and feel responsible too, they need to be praised too. That is why I want to congratulate them.

“There are always people who are working behind the scenes and it was a fantastic job because today I think Lucas deserves a lot of credit.”

Tue Aug 28 , 2018
Manchester United’s board are prepared to offer Jose Mourinho a vote of confidence despite a poor start to the new campaign, according to the Guardian. Tottenham subjected Mourinho to his heaviest ever defeat in a home game in all competitions as two goals from Lucas Moura and a header from […] 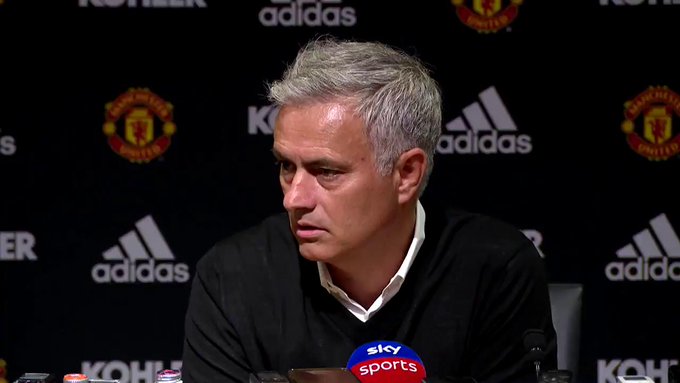