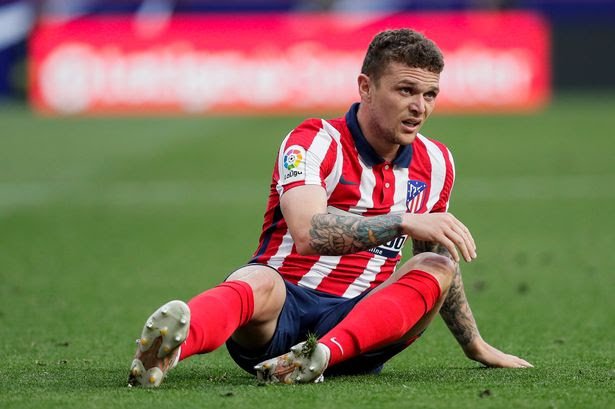 Kieran Trippier has reportedly told his England team-mates that he wants a transfer move to Manchester United.

Trippier has been linked with a move to Arsenal in recently, with Marca in Spain claiming that Bellerin could be used in a swap deal for the Atletico Madrid player.


According to the Mirror, the Red devils are after the right-back as they look to provide competition for Aaron Wan-Bissaka, and they believe an offer of around £15m will be enough to convince the La Liga champions to sell.

The report also claims the player has told some of his team-mates in England that he prefers a move to United.

Trippier is from Greater Manchester and the chance to represent United would be too hard to reject for the defender.

Arsenal are looking at other right-backs with Bellerin keen on leaving the London club this summer, according to football.london.


The Spanish star could move to Real Betis, but any deal will be ‘difficult, but not impossible’, due to Arsenal’s financial difficulties.

Bellerin has just over two years left on his contract at the Emirates and wants to end his stay with Arsenal after spending more than 10 years at the club.


Trippier could be an option for Arteta, but with United able to offer Champions League football next campaign, as well as having more financial power, so luring him to Arsenal could be a very difficult job for them.

Trippier’s previous affiliation with Spurs could have a big impact on the player’s final decision.

3 weeks ago
Wayne Rooney has made a bold claim about N’Golo Kante ahead of the Chelsea player’s participation in this summer’s Euro 2020. Kante was outstanding again for Chelsea this campaign, playing a major role as Thomas Tuchel and his team secured a Champions League title. The Champions League triumph is yet another stripe on the sleeve […]