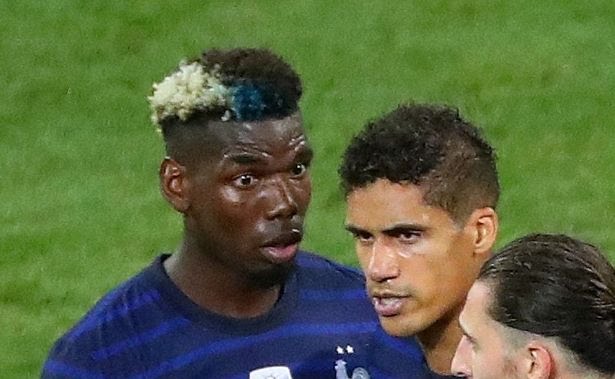 Paul Pogba and Raphael Varane were both involved in a row after France were eliminated out of the European Championship by Switzerland.

A group of France players were seen arguing on the pitch during the game and things got worse after the defeat as they were dumped out of the competition.


Pogba helped put Didier Deschamps’ side 3-1 ahead 25 minutes before the end in the last-16 match. But some of his teammates were unhappy with the lack of defending he was doing in the game.

Bayern Munich defender Benjamin Pavard is believed to have voiced his concerns about Pogba’s reluctance to help out in defense, but crucially, the Manchester United midfielder heard this via Varane.

“Benj (Pavard) thinks that you are not defending enough,” Varane is reported to have told Pogba, according to Le Parisien.

A furious Pogba is then believed to have confronted Pavard to ask: “What did you say?”


Pavard is said to have continued with several insults as the row escalated. Tensions between some players are said to still be at boiling point, which is bad news for United, who are looking to partner Varane with Pogba next season.

Although, the report claims Pogba apologised to Varane. The Red Devils have made signing a central defender a priority this summer and Varane is the first on Ole Gunnar Solskjaer’s wishlist.


Varane is out of contract at Real Madrid next summer and reportedly has no current plans to sign a new contract with the Spanish giants.

Real Madrid are unwilling to sell, but they may be left with little choice if they don’t want to lose the player on a free at the end of next campaign

United recently agreed on a deal with England international Jadon Sancho.The £72.9m transfer move is expected to take place after the Euros tournament.

Mon Jul 5 , 2021
Barcelona players Samuel Umtiti and Miralem Pjanic have reportedly turned down the club’s offer to cancel their contracts. The Spanish giants are aiming to reduce the club’s bloated wage bill ahead of the 2021/22 La Liga campaign but they are currently experiencing issues in offloading squad players. As a result, the board have sanctioned the cancellation […] 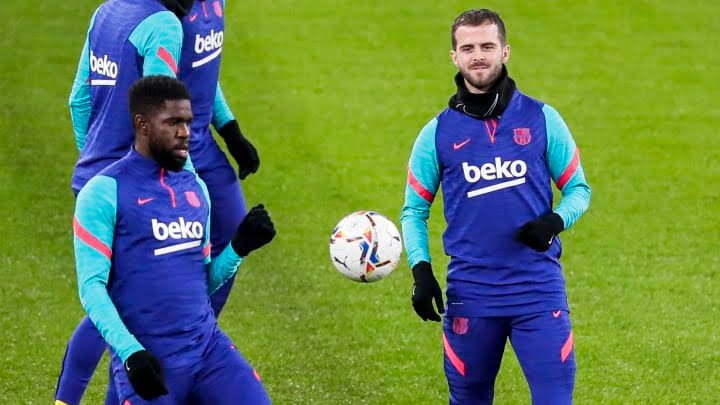