Liverpool star Virgil van Dijk has warned Harry Maguire that the title of “world’s most expensive defender” comes with added pressure after the England international’s record-breaking transfer to Manchester United.


The Dutch international would definitely know a thing or two about that, having previously claimed the record-highest transfer fee paid for a defender, but Maguire’s £85m move to United has ended Van Dijk’s 20-month reign as the world’s most expensive centre-back.

The deal for the former Hull City star was concluded on Monday and he could make his United debut this weekend in the Premier League’s opening round of matches, when he will face Chelsea.

All eyes will no doubt be on the 26-year-old defender at Old Trafford on Sunday, and Van Dijk has said there will now be an added pressure on him.


“Good luck to him,” the Liverpool defender told reporters.

“I can’t say anything about that because there was always going to be a time when it was going to change. That’s the market. He doesn’t have any influence on that but I wish him well.”

“The price comes with pressure but it doesn’t change too much because you always have pressure at big clubs like Man United. But I wish him well.”

Van Dijk has even offered Harry Maguire some advice on dealing with the added scrutiny he will now face in the Premier League.

“It is not easy to completely shut off all the pressure. Personally, I like to put things in perspective,” Van Dijk said.


“Quite a lot of things are more important than playing football and what we do, we are blessed.

“We can do what we love to do and also to play for Liverpool – they are such a big club. You need to enjoy it but the pressure will always be there.

“Just focus on doing what you love to do and play your best game. Get your qualities out of the pitch, enjoy your game and don’t think about the other things.”


While United begin their campaign against Chelsea, Liverpool have the slightly more envious task of a Friday opening against newly promoted side Norwich City at Anfield.

Tue Aug 6 , 2019
Manchester United are pursuing an audacious late transfer move for Tottenham midfielder Christian Eriksen, According to reports. Eriksen is keen for a new challenge outside Spurs and United are interested in trying to strike a deal before the summer transfer window closes at 5pm on Thursday. The 27-year-old has been linked […] 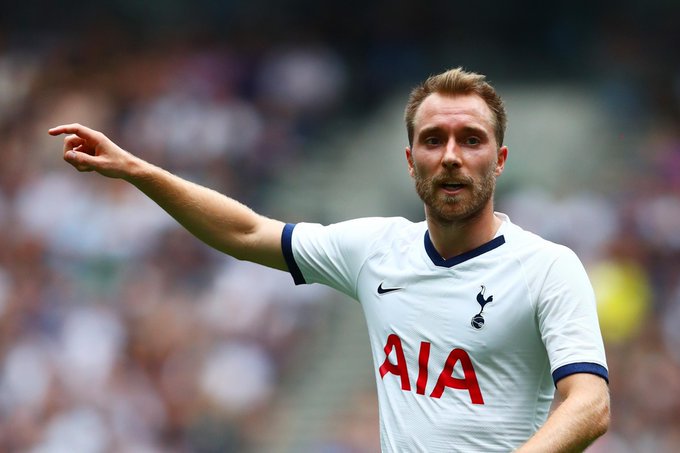