Barcelona defender Gerard Pique reopened his feud with Real Madrid by claiming the team act in a hypocritical fashion when it comes to refereeing decisions – whichever sport they partake in.

Madrid’s basketball side tasted disappointment on Sunday when they were downed 94-93 by their rivals in the Copa del Rey final.


The aftermath of that match, however, was dominated by Madrid accusations that Barcelona had enjoyed several questionable calls which led to their victory.

However, Pique pointed out scenarios where the Merengue did receive a perceived advantage from officials, like February’s 3-1 derby win over Atletico, in which no comment is made.

“[Madrid’s complaints] happen in football, it happens in basketball, at least they don’t have any other sports because we’d have to suffer it in hockey and handball too,” Pique fired at reporters when asked on the Copa final after Barca’s goalless draw against Lyon.

“Then they go to the Wanda, the referees help them and then they shut up and don’t complain.


“There were mistakes [in the Copa final] in Madrid’s favour first and then in Barca’s favour. And well, later we had this whole show from Madrid with the referees.

“In the end if the referees hadn’t been wrong Barcelona would have won. In the end it is all noise to cover up the usual issue, that Barcelona are champions, and to hide the merits of the players who lifted a cup in Madrid.

“I am very proud of these players.”

Barcelona had 25 fruitless attempts on goal during Tuesday’s draw, with Luis Suarez guilty of wasting several golden chances to open the match in their favour.

“I am not worried, we have a lot of talented people up front and I’m sure they will end up scoring goals,” the defender added.


“When you have a bad run like this one you can probably get a little obsessed. If Luis Suarez has shown one thing it is that he has a lot of goals in him.

“The team leaves in good spirits generally. It is true we could not score or kill off the game, but it was played well and a lot of chances were made.”

Wed Feb 20 , 2019
Sadio Mane’s Champions League curse continued against Bayern Munich as he became the most wasteful forward in Europe. The Liverpool forward has only scored a goal in the competition despite racking up 12 Premier League goals already this campaign. Mane missed the biggest chance of the match last night as […] 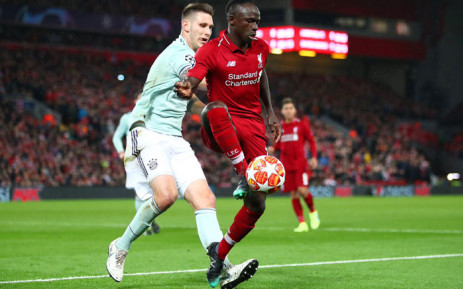