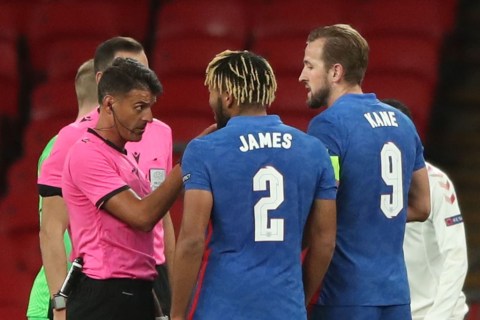 Chelsea star Reece James was sent off after England’s Nations League 1-0 defeat to Denmark over an altercation with the referee after the final whistle.

James appeared furious at referee Jesus Gil Manzano after Gareth Southgate’s side suffered a defeat to Denmark on Wednesday.


The Chelsea defender who was making his full international debut, was one of England’s best players in the game but was shown a red card after the match for dissent.

Jamie Redknapp told Sky Sports: ‘I saw Reece James getting very emotional with the referee. ‘You could see Jordan Henderson trying to pull him away from the ref because you know in that moment when one of your teammate’s has lost his head a little bit.

‘It’s a massive shame because I thought he was sensational today. His emotions just got the better of him. ‘I’m not trying to make excuses but the referee was useless.’

Manchester United skipper Harry Maguire was sent off as England fell to a 1-0 defeat at Wembley. They are now third in their group, with only the winners progressing to the finals in 2021.

‘I’ve been with him since under-8s and I know he’s capable of that. He’s a fantastic young player. ‘I don’t think that sending off should affect how positively we look at his performance.’


On England’s performance, Rice said: ‘Until the [Maguire] sending off happened I thought we were playing really well and using the ball really well.

‘Reece James and Mason Mount were creating some great chances for us but we just couldn’t put the ball in the back of the net.’

7 months ago
Arsenal head coach Mikel Arteta has questioned the anger of Atletico Madrid after the club decided to match the release clause written into his contract. And Diego Simone’s side were unhappy that Arsenal failed to give them adequate notice on their intentions, despite there being no need of negotiations between the two […] 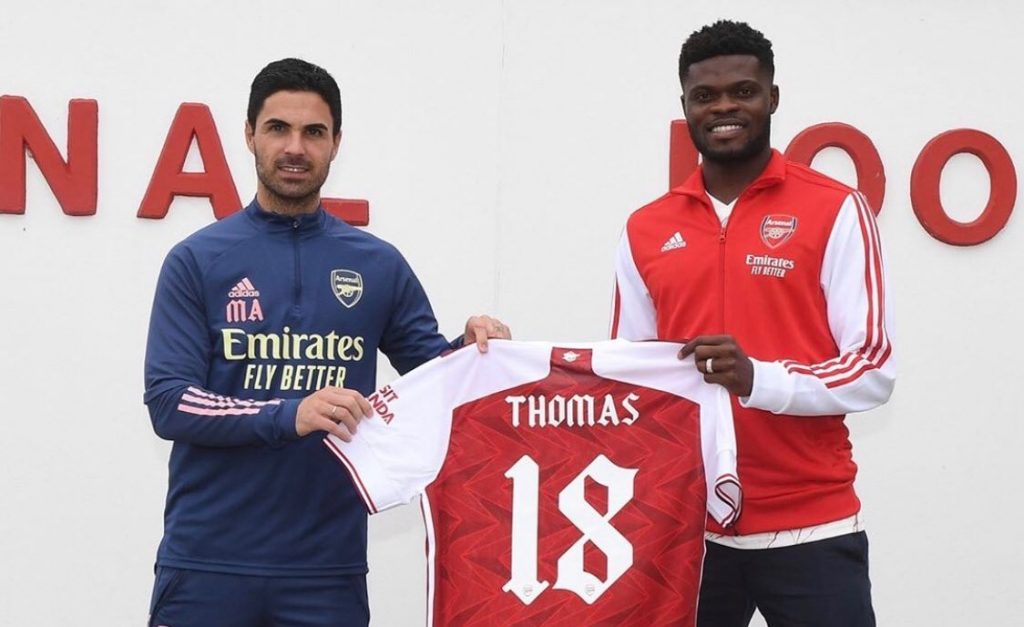