Liverpool supporters were given a fresh injury headache on Monday as it was reported Virgil van Dijk had not trained with his team-mates ahead of the Champions League game with Barcelona.

Liverpool welcome Barcelona to Anfield on Tuesday, hoping to overturn a three-goal deficit and progress to a consecutive Champions League final.


Jurgen Klopp will be without Mohamed Salah and Roberto Firmino, however, and there has been concern over the fitness of Van Dijk after he missed the final training session before the Barcelona clash.

Dutch central defender Van Dijk, last month named the PFA Player of the Year, has been struggling with a foot injury over the last few weeks.

But a Liverpool spokesperson has claimed Van Dijk only missed Monday’s training because he was instead undertaking an individual session, meaning he could still start on Tuesday.

Speaking ahead of Liverpool’s Champions League game with Barca, Klopp said: ‘It is a long season and there is at least a little chance to make it even longer.


‘If not, these are the last two home games of an incredible season, and I think we should celebrate that with a good performance on the pitch and a very, very good performance in the stands.

‘That would be really nice. The approach we will take is that we try to win the game, if that makes sense. You only can deal with it step by step. We don’t have to score three in the first 10 minutes.

‘The last five minutes are enough to score three if it is still 0-0. Let’s give it a try with all we have. That is what we have always done and we will do again.’

On Salah’s absence, Klopp said: ‘He is desperate, but we cannot do it.


‘It is a concussion and that means he will not even be allowed to play. He feels OK but that is not good enough from a medical point of view.’

Tue May 7 , 2019
Ole Gunnar Solskjaer is ready to boot Anthony Martial out of Manchester United due to his bad attitude in training. The Manchester United manager admitted after Sunday’s disappointing 1-1 draw at relegated Huddersfield that people might have seen the last of some certain players. Martial was not in the squad and now United are […] 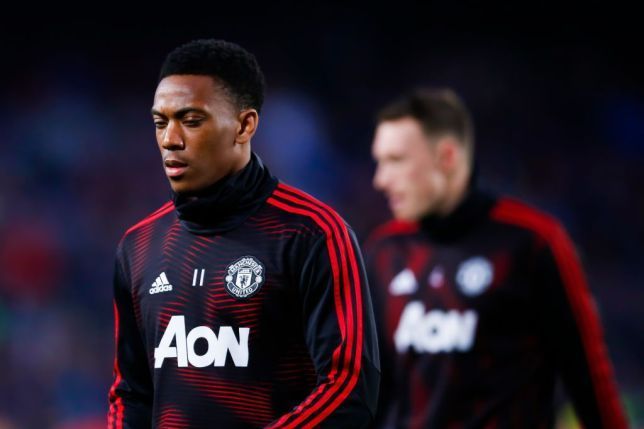