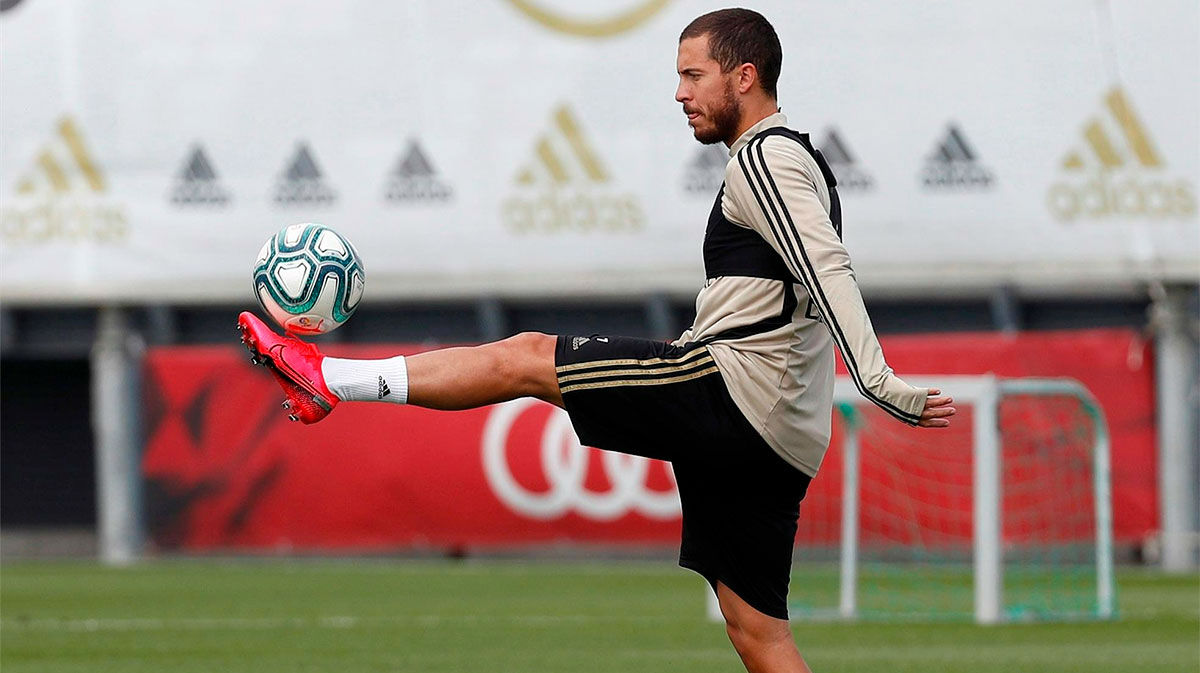 Eden Hazard has returned to pre-season training overweight and Real Madrid are concerned about the Belgium international, according to reports.

Hazard secured his move to the Santiago Bernabeu last year but he joined up with his teammates for pre-season a stone overweight.


According to Spanish publication ABC, Real Madrid manager Zinedine Zidane is unhappy with the 29-year-old for returning to training overweight ahead of the new season.

The winger joined up with the Belgium national side last week for their Nations League matches, but he didn’t play a single game.

The former Chelsea star will now be an extra “two or three weeks” behind the rest of the team.

The club’s hierarchy are worried Hazard isn’t taking his position as a ‘Los Blancos’ star seriously and want him to be more committed.


Vinicius Junior is now set to be given a starting role ahead of Eden Hazard when the campaign begins.

Hazard scored only a goal for Madrid last campaign and he was slammed for a poor showing in the the club’s Champions League game against Manchester City.

Tony Cascarino told talkSPORT: “We all know how brilliant Hazard can be, we all know the difference he can make to a football team. “But he didn’t take the move to Madrid seriously, and he’s paid for it this season.


“He turned up overweight, he’s been playing catch-up, he’s getting niggly injuries. Watching him last night was like watching a completely different player.

“Kyle Walker must’ve been thinking, ‘Is this the same player I faced at Chelsea?’ “He’s a brilliant player, but he’s paid the price for turning up at Madrid for a big fee and not taking it seriously.

“He does switch off every now and again. As good and as great as he can be, he does down tools every so often.”

Hazard recently conceded the 2019/2020 was his worst season, despite Madrid winning their 34th La Liga title.

“This year, we collectively won this league title, but I have surely had the worst season of my career individually,” he told France Info. “It was a somewhat strange season, with everything that happened.”